A southern summit has agreed to take a case to the Government to overturn AgResearch's plans to cut its Dunedin operation.

Fifty council, business and community leaders from Otago and Southland attended the four-hour summit on Wednesday called by Dunedin mayor Dave Cull to fight against the relocation of 85 staff from Invermay to a new research hub in Canterbury.

Mr Cull said the meeting came to deep and broad consensus that Invermay must be maintained for the Dunedin, regional and national economies.

He said AgResearch has made its plans on a narrow basis and has not properly considered the significant economic opportunities from keeping a strong centre in the south.

"We need to be putting together an alternative proposition to central government - and to AgResearch for that matter - showing that the proposal as it stands is based on a very narrow view and that there is much more opportunity to be gained from looking at an alternative plan."

Mr Cull will lead a delegation in the next week or two to put an alternative plan to AgResearch's shareholding ministers, though he would not spell out the details on Wednesday. 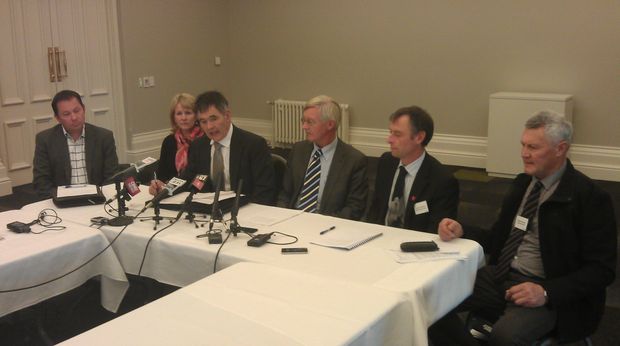 Economic Development Minister Steven Joyce says the University of Otago is proof the southern regions are getting their fair share of government investment. 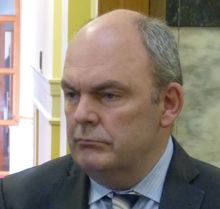 Some participants at the summit, including the Otago Chamber of Commerce, said the Government does not have a credible development plan for the regions.

Mr Joyce did not attend the meeting, but said on Wednesday that Invermay is AgResearch's decision, not his, but the Government's wider contribution to Otago and Southland is already significant.

"The other side of the story is that Otago has the largest university in the country outside of Auckland and gets a disproportionate share of research and tuition subsidies than any other region in the country except Auckland."

Mr Joyce said people are overlooking investments such as the $270 million it spends at the university every year.

The minister said he is willing to help southern councils attract new investment to places like Dunedin, including politically difficult projects like a proposed $100 million waterfront hotel there.

Before the meeting, Otago Chamber of Commerce president Peter McIntyre said it should discuss the need for a Government strategy for the regions.

He said regional development has become ad-hoc with decisions such as the Government's $30 million subsidy for the Tiawai Point smelter in Southland.

Mr McIntyre said regional development must be a solid platform for investment outside of earthquake-hit Christchurch and Auckland.