An Otago community's dream of building its own windfarm appears to be hanging in the balance because of conflict over corporate involvement.

The people of Blueskin Bay near Dunedin are trying to be the first in New Zealand to build a cluster of three wind turbines and make 1000 homes energy-self-sufficient. 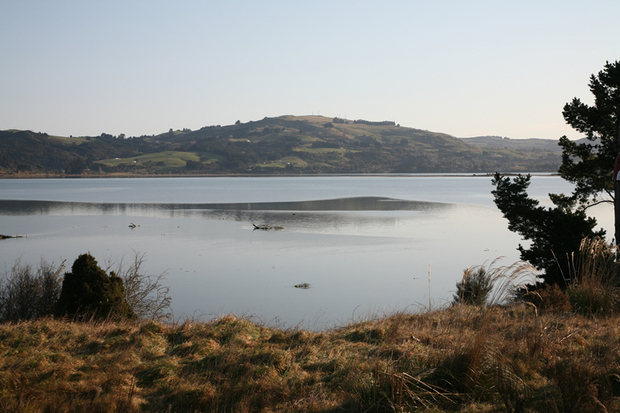 The hill on which the windfarms may be installed. Photo: ROSS JOHNSTON

A public meeting in Waitati was told on Monday night that the six-year-old project is well on the way, with likely backing from Port Otago and Pioneer Generation.

A number of local people objected, saying the company structure being proposed is a long way from the windpower cooperative they wanted.

Others said the million-dollar investors would end up taking over the project.

But a co-chair of Blueskin Resilient Communities Trust, which is leading the project, says it has had to evolve to be viable, and the trust will try to find ways to get people passionate again.

Chris Skellett says the trust is due to apply for resource consent in about eight months' time and that will be the tipping point for success or failure.

Local woman Geraldine Tait attended the meeting and believes the project is probably not viable.

"I'm sorry, I'm quite cycnical about it - I'm really doubting that it will get off the ground.

"It's such a huge amount of money and the amount of income that could be generated out of three small turbines on a little hill near Dunedin is probably not going to be that fabulous."

Ms Tait says a proposal for the turbines to be run by a limited liability company is too far from the cooperative that the community wanted.