Te Arawa iwi Ngāti Rangitihi is one step closer to a treaty settlement of more than $11 million. 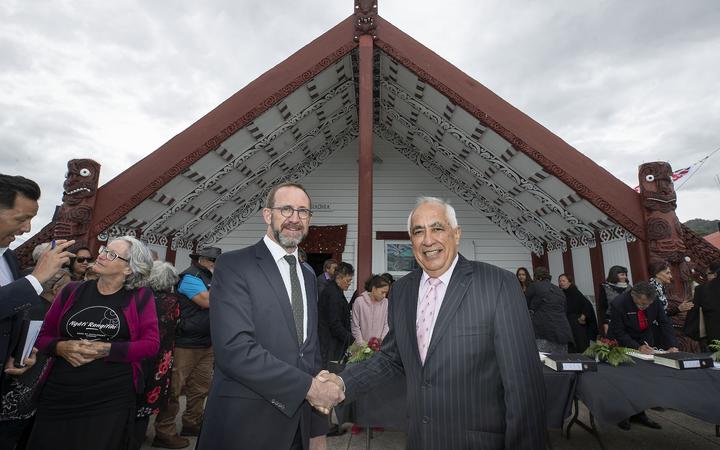 Ngāti Rangitihi grievances include large areas of land taken from them by the Crown for Public Works and not being given sufficient land in the aftermath of the Tarawera eruption.

The Crown also failed to act in good faith when it leased and purchased blocks of Ngāti Rangitihi land blocks.

If the bill becomes law, Ngāti Rangitihi will receive $4m in financial redress and $7m in commercial redress, and have 19 sites of cultural significance returned to them.

Minister for Treaty Negotiations Andrew Little apologised on behalf of the Crown.

He said he hoped through the settlement the Crown could "atone for its past injustices that it has inflicted on Ngāti Rangitihi".