A New Zealand First MP has submitted a bill to Parliament, which would give police the power to hit shoplifters with an immediate fine. 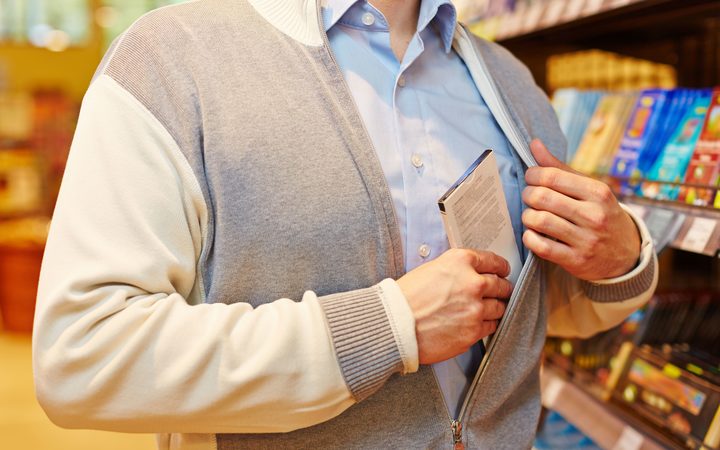 If pulled from the member's bill ballot and passed, Darroch Ball's bill would give police the power to fine shoplifters up to one-and-a-half times the price of the item.

"What the bill does is introduce a new offence, which would be shoplifting, which is defined as the petty theft of anything under $1000," Mr Ball said.

"It gives police the option to use their discretion on whether to give an instant fine ... for those petty thefts and those shoplifters."

He said that would free up police and court time, while giving retailers a greater ability to have thieves dealt with.

"For the most part [shoplifters] don't get prosecuted or the punishments against, or any action against those offenders is quite minimal, if they have any at all," he said.

"So what this will do is it will give the retailers the confidence that when they do call police, and they do have that evidence, there that something can be done immediately."

And the bill's got the seal of approval from Retail New Zealand.

Its spokesperson Greg Harford said petty theft was a problem right across the sector, and this bill would go a long way to remedying it.

He said New Zealand loses around $1 billion a year because of shoplifting.

"We think this bill will absolutely act as a deterrent against shoplifting. One of the reasons that people actually shoplift now is that they think there are no consequences for the activity," he said.

"This will mean that there are consequences, those consequences will be proportionate for the offence and it will be a really good way of discouraging people from beginning a life of crime through shoplifting."