The National Party has decided its youngest MP will stand again in the Clutha-Southland electorate at next year's election. 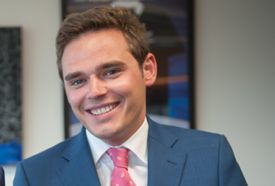 Todd Barclay will stand again in the Clutha-Southland electorate at next year's election. Photo: Supplied

Todd Barclay took over the safe National seat in 2013, from the now Prime Minister, Bill English.

He was challenged by a former financial advisor, but at a meeting in Winton last night the party decided Mr Barclay would remain its candidate.

Mr Barclay said he was thrilled with the result and was looking forward to getting on the campaign trail.

The MP was embroiled in controversy this year after two electorate staff members and the electorate chairman quit, prompting him to deny he had mistreated staff.

He did, however, admit he had made mistakes and found it difficult to fill the shoes of Mr English.

"You know I'm only almost 26, you know I don't have the same level of experience or background as what many other people in the electorate have."

He refused to comment on media speculation about an alleged secret recording involving a staff member.