Women and children who walked 400km from Christchurch to Wellington to protest against the Trans-Pacific Partnership say they were denied entry to parliament when they got there. 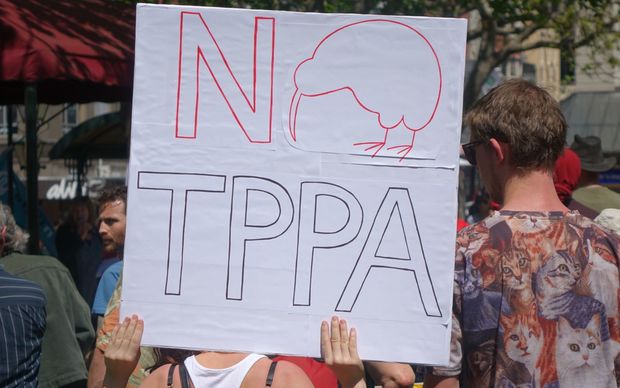 Our Children's Future spokesperson Josie Butler said the group was not allowed in the public gallery, and 15 children were also prevented from sitting on the steps of parliament to eat their lunch.

It showed how the National-led government felt about the group, she said.

But the Office of the Speaker told RNZ the rules around demonstrations were unambiguous and prevented demonstrators from entering the public galleries or the debating chamber.

The protestors were warmly greeted by politicians from the Green, Labour, Maori and New Zealand First parties, Ms Butler said.