The Labour Party has criticised what it says is a $20m refit of the Ministry of Education building and called on Education Minister Hekia Parata to justify it, but the Ministry says the overhaul will save $27 million over the next 15 years.

Documents released by Labour's education spokesperson, Chris Hipkins, show the total cost of refitting the former offices of the Ministry Innovation and Employment offices on Bowen Street in Wellington.

It includes a $2.6m staircase which runs the height of the building - dubbed by Labour a "stairway to heaven."

"It would need to lead to somewhere pretty special for that sort of money", Mr Hipkins said.

Other features included a concierge-style arrangement in the reception area, a lounge on level one where staff and visitors could meet, work and wait, and a "plaza" on level two for meetings. 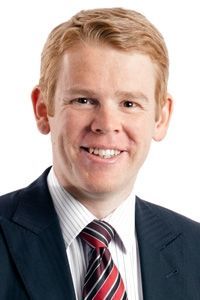 But the ministry, which released details about the refit last week, said it was completed about $3m under budget and would save nearly $2m a year on accommodation and running costs.

It said 1072 staff would be located in Matauranga House, 13 percent more than the previous tenant.

As well, it expected to have about 12,000 visitors each year.

"So we had to make changes to the building to accommodate that, including internal stairs. We explored the possibility of adding another lift. However, experts advised us the building structure meant it would have been very difficult technically, as well as considerably more expensive than the staircase option."

But Mr Hipkins is not impressed.

"The idea (they) design Koru Lounges, conceige services, fancy plazas, that's the sort of things that schools would never be able to do with the building money that they are given," he said.

The refit showed the ministry wasn't practising what it preached, he said.

"We've got kids, teachers and other school staff, working in cold, mouldy school buildings that are well past their use-by date, that desperately need upgrades and they'll be looking at this thinking, 'well hang on a minute, this just isn't right'."

Mr Hipkins said the ministry needed to release more details about the changes, and Ms Parata should explain why she had approved the spending of taxpayers money on "what appears to be a gold-plated refit".

The ministry said under the changes there would be no offices for anyone - including the chief executive.

It said the refitted building also included meeting space large enough for meetings of up to 200 people, which would save the ministry having to hire outside venues for large meetings.