The Green Party says it is not being mean-spirited by scuppering a change to the way international travel perks are calculated for former MPs. 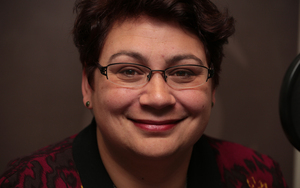 The Government has ditched the proposal after the Greens refused to support it.

Former MPs elected before 1999 are annually funded the cost of a return trip from Auckland to London, using the lowest-cost online business-class return airfare.

A law change, that would have been voted on this week, would have linked that subsidy to a relevant Air New Zealand fare.

Green Party co-leader Metiria Turei said that would have almost certainly increased the cost to taxpayers.

She said the amendment should not have been put forward as part of an omnibus bill.

"We don't agree with what it's trying to do. Changes under statutes amendment bills need to be technical and non-controversial. Any changes to MPs perks, including ex-MPs, is controversial by its nature, certainly it's not technical, and so we can't support it for the Statutes Amendment Bill."

It is unlikely, however, that the Green Party would support such an amendment in any type of legislation.

Metiria Turei said it did not agree with perks for ex-MPs at all.

"We have argued that we did so in 2012 and '13 with the Remuneration Authority Bill and we will continue to argue for a reduction and eventually the elimination of those payments - there is nowhere else where a person who leaves their job continues to be paid by their ex-employer."

"You really would have to go back and say to those former MPs - and these are MPs that left I think prior to 1999 or were in the house prior to 1999 - I mean really you have got to say to those people 'well, even though we paid you a lower salary with all of these entitlements, which you were aware of, we are now not going to pay you the salary then and we are not going to give you the entitlements'."

Mr Key said in the past MPs were paid less cash but had greater benefits, as was also the case in the private sector.

"Nowadays people pretty much get cash so of course we could just take those benefits off former and old MPs but we would be doing that retrospectively - they would argue very strongly and do that we would be taking away some of their entitled income because they were paid less as a result of it and I think it's just bad practice generally to go back retrospectively."

In a touch of irony however, legislation to retrospectively change current MPs pay rises will be debated in Parliament this week.