British Foreign Secretary Philip Hammond and senior Government ministers are expected to discuss the response to Islamic State (IS) in Wellington today. 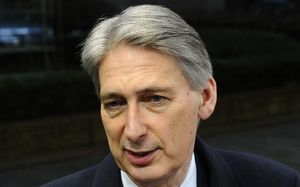 Much of their discussion will focus on what countries can do to combat Islamic State.

New Zealand's role on the United Nations Security Council will also be on the agenda.

In an unusual move Mr Hammond, a Conservative Party politician, will also speak to the National Party's caucus meeting about the British election being held in May.

Mr Key said it was fine for Mr Hammond to meet with his caucus.

"It's not that unusual, I mean you had a situation where the the Labour Party conference last year, just before the election [Australian Labor Party leader] Bill Shorten went over and spoke to them."

Defence Minister Gerry Brownlee said the Government was some time off deciding whether to send troops to help train the Iraqi army in its fight against IS.

Ministers had been expected to decide early this month what contribution New Zealand would make as part of a joint deployment with Australia.

But Mr Brownlee said the Government was likely to take more time before making a commitment.

"Last year there were a number of sites that were under consideration. The Australians have been asked by the Iraqis to consider other sites. We're part of that consideration, so that timeline for both countries has slipped out a little," he said.