Parliament has passed a bill settling some of the historical Treaty of Waitangi claims of a Waikato iwi and is also debating a second bill.

As part of the settlement, the Crown has apologised to the Ngati Koroki Kahukura iwi, which is centred around Maungatautari. 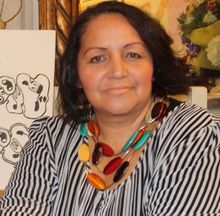 Maori Party co-leader Marama Fox said the iwi had suffered many injustices including the confiscation and degradation of their land - and the bill acknowledged this.

"The Crown's apology [is] for policies and legislation that instigated and decimated the economic, social, environmental and cultural degradation of Ngati Koroki Kahukura and their physical and spiritual resources."

Mr Finlayson told Parliament the settlement had been a long time coming.

"The Crown recognises the long and the heavy burden this iwi has shouldered in pursuing justice for the wrongs of the Crown," he said.

"It is my hope that the settlement heralds the beginning of a new relationship between the Crown and Ngati Haua based on the principles of the Treaty."

Parliament will hold its final question time this afternoon before adjourning for the summer break.