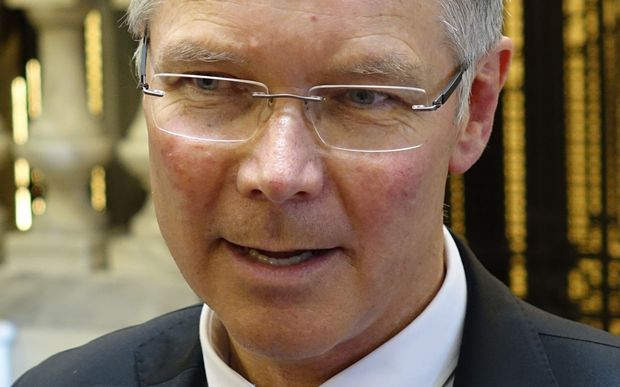 He also told Parliament he had been informed of unsubstantiated claims about businessman Mark Hotchin, and the Serious Fraud Office (SFO) inquiry into the collapse of Hanover Finance.

Details in the book Dirty Politics resulted in a government inquiry into whether the minister in charge of the SFO at the time, Judith Collins, was involved in a campaign to undermine the then head of the SFO, Adam Feeley.

Ms Collins resigned as a minister at the time but has since been cleared of any wrongdoing by the inquiry.

However, serious questions remained, Mr Parker said in the House on Wednesday.

He told Parliament two people had approached him making serious allegations about Mark Hotchin and the SFO investigation into him.

He told Parliament of a second allegation he had been made aware of, that Mr Hotchin used underhand tactics to take out some of the potential witnesses against him in relation to the Hanover investigation.

Mr Parker told Parliament he would not name his sources.

"But these allegations must be investigated."

He said the only person who had been investigated by the police since the book was released was Mr Hager himself.

Mr Parker said he had already laid a complaint with the police about allegations raised in Dirty Politics, and the only contact he had had from them was they called to ask whether he had other evidence.

In a statement police said the assessment of the Labour Party's complaint was ongoing. It said police had asked the Labour Party to provide further information to enable that assessment to be completed, and had not yet received that material.