A report into an airport security breach by former Transport Minister Gerry Brownlee has found the official involved was surprised and unsure of what to do but not pressured, Civil Aviation Authority (CAA) director Graeme Harris says. 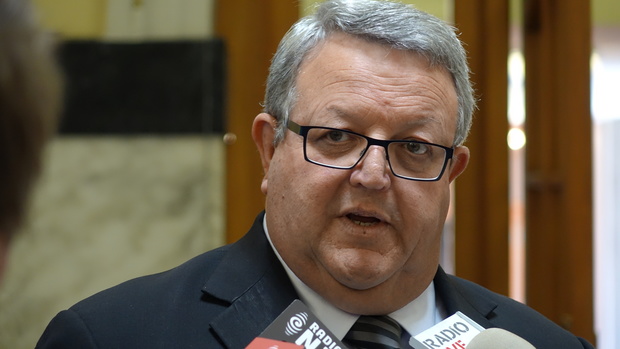 The CAA has issued Mr Brownlee an infringement notice and fined him $2000 for breaching civil aviation rules at Christchurch Airport. Two parliamentary aides have been given formal warning letters for the same offence.

Mr Brownlee today said Prime Minister John Key had told him there was no need for him to resign as a minister following the CAA report.

He offered his resignation to Prime Minister John Key on the day it happened but it was not accepted.

The CAA has not released the full report, saying it wants to protect the identity of witnesses and security information.

But Mr Harris told Checkpoint, given the level of public interest, he would release the relevant parts in the next few weeks.

"There's a knocking noise on the door, the staff member heard a noise from the other side, swiped the release which is beside the door, so the door then, the moment he swiped it, it unlocked the door," he said.

"He then moved towards the door to open it but because it had been released the minster and his aides were able to come through it from the other side.

"The minister makes comment along the lines of 'look really sorry to do this but I'm in a hurry to catch a plane' and they walk off.

"The airport staff member recognises who it is and is a bit taken aback and really pauses and thinks about it for a moment and thinks 'hang on, this isn't right', and gets on the phone right away and calls his supervisor."

Mr Key said Mr Brownlee should maintain his ministerial warrant and his portfolios and he had not, in effect, had any criminal conviction or criminal charge.

"He has had a fine, just like if someone got a speeding ticket or a fine for not wearing their seatbelt and there's no history in Parliament of the Prime Minister of the day taking the ministerial warrant off somebody that just gets a fine."

Mr Key said Mr Brownlee was remorseful and regretted his actions, and that the infringement notice and "hefty" fine showed no one was above the law.

Mr Brownlee said he had talked to Mr Key about the matter again yesterday, and his leader had confirmed he would stay on as a minister.

"I make it very clear that I serve at the Prime Minister's prerogative and I don't see any right to that position and would certainly have accepted any suggestion that I might no be a minister any further," Mr Brownlee said.

In a statement this morning, Mr Brownlee said he was disappointed with himself for the events which occurred at Christchurch Airport on 24 July.

"Recognising the importance of security matters I cooperated fully with the Civil Aviation Authority, who conducted a fair and thorough inquiry.

"I've learned from this experience and have paid the fine imposed by CAA."

Opposition parties called for the full report to be released.

New Labour leader Andrew Little said it was embarrassing that a transport minister should find himself in that position.

"He suffers the problem that I think a growing number of Tory Cabinet ministers suffer now, which is arrogance and hubris, and I think we'll see more of it," he said.

Since the incident, Christchurch International Airport has begun work on a new exit procedure, which prevents passengers going through the wrong door.

The CAA said it was satisfied the steps taken by the airport were appropriate to prevent any repeat of an incident of this nature until such time as a permanent, one-way turnstile is in place.