The Internet Party is calling for New Zealand to reassess its friendship with allies such as the US and Britain if the country's bid for a seat on the United Nations' Security Council is successful. 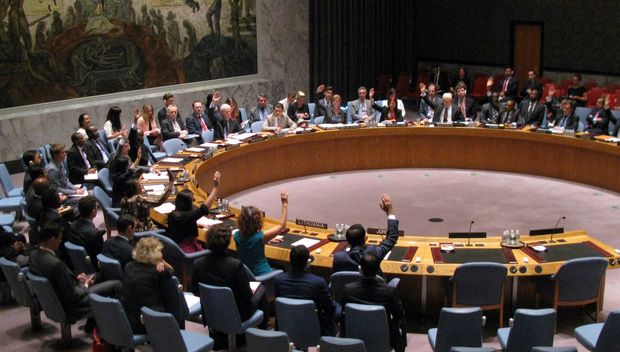 New Zealand is seeking one of the two vacant seats on the UN Security Council. Photo: AFP

New Zealand will find out late next month whether it has won one of the two vacant seats on what's considered the world's most powerful committee. New Zealand was last on the committee when it was President of the Council in 1993 and 1994.

At a political party debate in Auckland last night on New Zealand's potential role, Internet Party leader Laila Harre said if New Zealand was successful it should re-evaluate its allies.

"There isn't a single human rights abuse or situation of conflict now that hasn't been contributed to by the intervention of people that we call our friends."

National MP John Hayes told the meeting it would be a mistake to think the country does not talk to allies about areas of disagreement.

"What we don't do is shout it out through newspaper headlines, on Radio New Zealand, or anywhere else. We talk to them privately behind closed doors because doing that invariably has much more impact."

For the Green Party, Kennedy Graham said the notion of secret diplomatic dialogue was a 19th century concept.

"As the emerging global community comes in the 21st century, it has to be much more open and transparent."

One thing the parties all agreed on though was the importance of removing the veto power from the five permanent members of the Security Council- Russia, China, the United States, France and Britain.

All but Conservative Party leader Colin Craig also said Israel needed to end it's seven year economic blockade of Gaza. Mr Craig's comment that New Zealand should not have an opinion was met with boos from the 100 strong crowd.