A group trying to set up a political party for expatriate New Zealanders says it has failed to register in time to contest the general election, and blames the Electoral Commission. 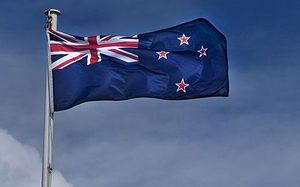 The Expat Party has failed to register as a political party in time for the 20 September election. Photo: PHOTO NZ

The Expat Party's campaign director, Rex Widerstrom, said the commission insisted the party provide assurances all of its members have been in New Zealand at least once in the past three years.

Mr Widerstrom said the commission changed its policy between January, when the party sent through membership forms, and July, when it registered formally as a party.

"If they'd told us that in March or April or May, then we would have had everything in line in time for registration. It's the fact that, as they were processing it, it seemed to occur to them well, hang on a minute, most of these people probably are residing overseas, maybe we should check."

Mr Widerstrom said the party has now lost its electoral funding, and its sole candidate, Vicky Rose, will now stand as an independent in the Ikaroa Rawhiti seat.