The ACT Party's Epsom candidate David Seymour is accusing the Labour Party of trying to undermine his campaign with dirty tactics. 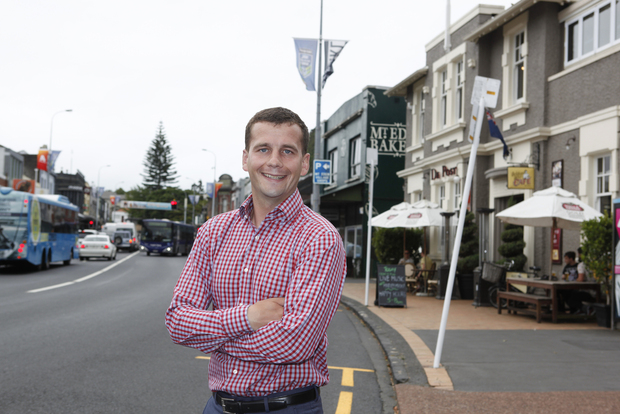 Winning the seat is crucial to ACT's survival as a party and to help it, Prime Minister John Key has once again told National supporters to vote for the ACT candidate in Epsom, even though Mr Key himself will vote for National's Paul Goldsmith.

"The great irony of the campaign is that ACT is the party of no handouts, the free-market party of do-it-yourself, pull your own socks up, don't expect other people to do it for you. And yet here we are, with them entirely reliant on a deal to gift them a seat."

But Mr Seymour said Labour was encouraging its supporters to vote for Mr Goldsmith, in an effort to undermine the deal between ACT and National.

"They spend half their time saying its a dirty deal, and the other half of their time going and knocking on people's doors saying 'have you heard of Paul Goldsmith, we think he's got some great ideas'.

Mr Wood dismisses that claim, although he said he was aware some centre-left voters were thinking of voting tactically.

As Mr Seymour knocked on doors this week in the well-off suburb of Parnell, just around the corner from John Key's house, most National supporters appeared to reluctantly support the deal.

But one asked whether ACT was simply taking votes off National and doing nothing to expand the centre-right vote.

Meanwhile, National list MP Paul Goldsmith is sticking to the script and only asking people for their party vote.

All the candidates, including the Conservatives' Christine Rankin, will get their first big public test of the campaign at a debate at the Mount Eden Village Centre on Tuesday night.