After two days of dodging media, Ms Hauiti fronted up to reporters at Parliament on Thursday. 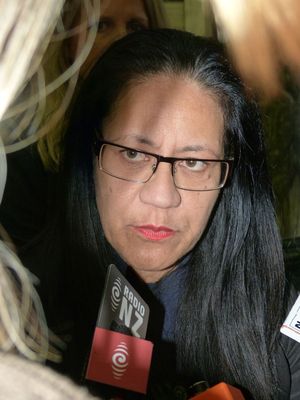 Ms Hauiti confirmed that she broke the rules when she used her parliamentary expenses card on petrol and a fee for changing a plane ticket to Australia.

However she said she still doesn't know how much money she has misspent and is working through those details with Parliamentary Service.

On Tuesday, she announced she wouldn't be seeking re-election in September, after being given a clear message from the party that she wouldn't be given a winnable list spot.

Ms Hauiti said on Thursday she made the mistake because she didn't adequately know Parliament's rules - and that should serve as a warning to other new MPs.

She refused to answer questions about how many other instances there had been of misspending, and how many times she was contacted by the Parliamentary Service about her expenses card.

The Prime Minister said she has paid the price - by paying back the money owed and her political career ending.