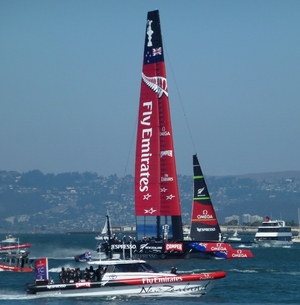 Earlier this month, Dalton said the team would not survive if it did not receive government funding until sponsorship money came through next February.

The New Zealand Herald then revealed Dalton was paid $2 million a year during the last America's Cup campaign.

"The other guys get paid a massive more. Now we can say 'no, we're not interested in sponsoring it' and that's an entirely reasonable approach for the country to take," he said.

"But we do get some real benefits out of it in terms of the marketing benefits for New Zealand on a world stage."

Team New Zealand should fund themselves but the Government would consider any funding proposals put forward, Mr Joyce said.