Tempers boiled over as Opposition MPs challenged the Government's handling of the Canterbury rebuild during a select committee hearing.

Canterbury Earthquake Recovery Minister Gerry Brownlee took exception to some of the questions as MPs criticised his performance at a Finance and Expenditure Committee hearing on Wednesday. 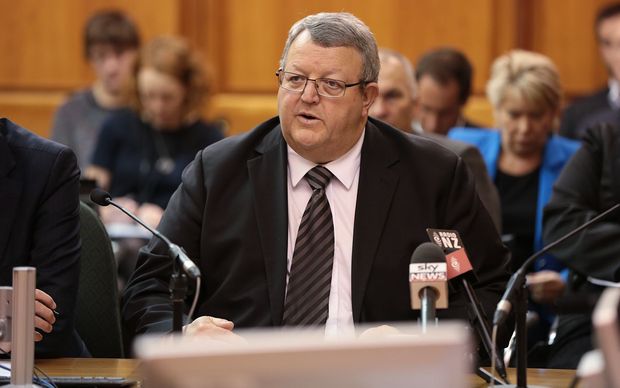 But Mr Brownlee said the cases were not unresolved, they were simply still going through the process.

The minister became angry when he was challenged by the New Zealand First leader, Winston Peters.

"Mr Peters, I'm here to answer questions, not take a barrage from the committee," he said.

Mr Brownlee also responded to questions about Prime Minister John Key's comment that the cost to the Government of the rebuild could rise by $5 billion.

"The cost-sharing agreement was properly worked out and the budget reflects that proper discussion.

"Mr Key's comments were indicating that certainly this Government, should it be returned, is not closed to the fact that, over a period of time, costs may rise."

Mr Brownlee rejected suggestions that it should have been reflected in last month's Budget.