Conservative Party leader Colin Craig says he expects the National Party will stand aside for him in a seat in Auckland's North Shore. 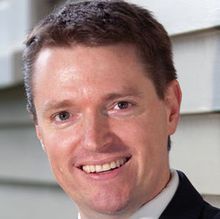 The National Party has not said it will, but Mr Craig said on past record it is likely National will reach an accommodation with him.

The Conservative Party has been touted as a likely coalition partner with National, if ACT can't make it over the line following the resignation of Epsom MP John Banks. A seat for Mr Craig has been cited as a way of National gaining a majority after the September's general election.

Mr Craig said he is likely to stand in one of three electorates: Upper Harbour, Rodney or East Coast Bays.

But National MPs representing North Shore electorates say they have no intention of standing aside.

But Rodney MP Mark Mitchell says he intends to run the hardest campaign he can. Murray McCully has said in the past that he has no intention of giving up his East Coast seat. Paula Bennett, who has received the National nomination for the newly created Upper Harbour has equally said she will not give it up to the Conservatives.

Prime Minister John Key has said he has not talked to Colin Craig about a deal, and Mr Craig acknowledges there have been no official discussions about it.

"I think what I'm looking at is on track record National will probably do something here. They certainly have in the past, as Labour have, because it's about us having enough votes to form a government. I think National will stand aside somewhere."

Mr Key said he was likely to make an announcement in the coming weeks on which parties he will support or do deals with.

Labour Party leader David Cunliffe said he was picking Mr Craig could stand in East Coast Bays if long-serving National MP Murray McCully could be persuaded to step aside.

"What it makes it look like to the public is that it's the same old sleazy coat-tail deals going on again," he said.

Mr Cunliffe told Radio New Zealand's Morning Report programme on Tuesday that Labour wanted to repeal the 'coat-tailing' legislation allowing parties that fail to get 5 percent of the party vote to bring other MPs into Parliament on the back of an electorate seat win.