Prime Minister John Key should go to an upcoming leaders summit in the Pacific instead of sending his foreign minister, the Labour Party says. 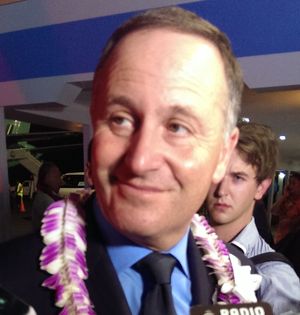 Mr Key has announced he will not be attending the Pacific Islands Forum leaders meeting at Palau, in Micronesia, at the end of July as it is too close to the general election in September.

This year's meeting is expected to discuss lifting Fiji's suspension, in light of its elections which are also scheduled for September.

Labour foreign affairs spokesperson David Shearer said Mr Key should be there otherwise it will create a bad impression.

"We have had a pretty tough time with Fiji over the last few years," Mr Shearer said.

"This is a make or break election coming up with Fiji. It is going to be a very, very important conversation about what should happen to Fiji and New Zealand needs to be represented at the highest level."