Police in Bay of Plenty have confirmed they are investigating allegations that independent MP Brendan Horan stole money from his late mother's estate. 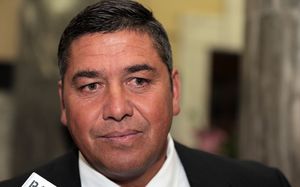 Mr Horan's brother, Mana Ormsby, said he would lay a complaint with police alleging Mr Horan also spent their mother's money without her knowledge before she died.

Brendan Horan was expelled from the New Zealand First caucus in 2012 when the allegations about his mother's estate were made public.

Police began assessing a referral from the Serious Fraud Office and have now confirmed they are formally investigating the case.

A decision on whether charges will be laid is expected in about a month.