The Green Party will scrap the emissions trading scheme and replace it with a tax on carbon if elected, says co-leader Russel Norman.

Dr Norman made the policy announcement at the party's conference in Upper Hutt on Sunday afternoon.

The forestry sector would be credited at $12.50 per tonne for planting trees.

All revenue raised from the carbon charge would be returned to taxpayers through a $2000 income tax-free band and a 1 percent company tax cut.

Dr Norman said households would be on average just under $320 better off every year.

He said the levy would cut the post-tax profits of the average dairy farm by 12.5 percent.

The Greens would also set up an independent Climate Commission to provide advice to the Government on carbon prices and measures to achieve carbon neutrality by 2050.

Dr Norman said the Government was doing virtually nothing to bring down New Zealand's emissions, which were among the highest per capita in the world.

The policy meant polluters would pay for the damage they did, not households, he said. 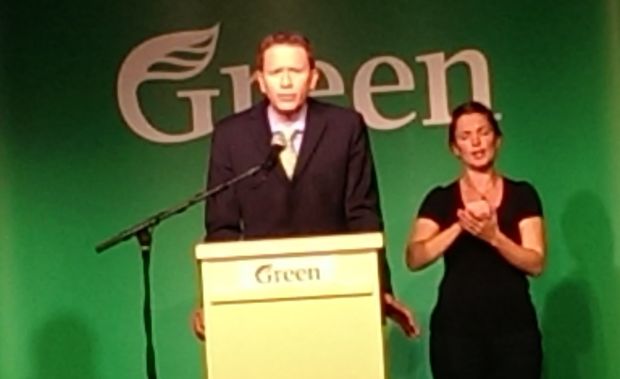