The Internet Party is proposing a reform of copyright law to shield internet companies from liability for their customers' activities. Critics say the policy will give content pirates a free hand.

The party's chief executive, Vikram Kumar, said on Friday a proposal to create a so-called safe harbour clause for internet service providers is not directed at any particular company. 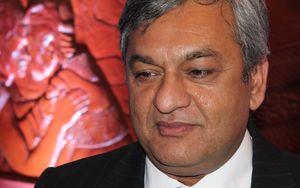 Mr Kumar said it won't benefit the party's founder, patron and internet mogul Kim Dotcom, who is fighting extradition to the United States on charges of criminal copyright infringements, racketeering and money-laundering relating to his former website Megaupload.

"Mega doesn't fall under the copyright type of safe harbours in the normal sense. It has encrypted material which it takes down. So this isn't in any way directed towards a particular company."

Mr Barnett's company lost hundreds of thousands of dollars due to bootleg DVDs and downloads and said the Internet Party appears to be the puppet Mr Dotcom's.

"This is what you'd expect from a party whose funding comes from the ill-gotten gains of copyright theft. It's ironic to see that they intend to compel global content creators to comply with their policy - but they're very happy to take every step to avoid meeting any global obligations that attend to them."

Mr Barnett said he would be interested in whether Hone Harawira's Mana Party, which has just formed a strategic alliance with the Internet Party ahead of the general election on 20 September, would be prepared to allow all Maori music and other taonga (treasures) to be available for use by anyone at no cost.

The Copyright Council says any changes must protect the creators' right to get paid for their work.