There is strong speculation that former Alliance MP Laila Harre is the leader of the Internet Party.

Internet entrepreneur Kim Dotcom's party on Wednesday confirmed a strategic relationship with the Mana Party for the general election, to be held on 20 September, and was due to confirm its leader on Thursday afternoon. 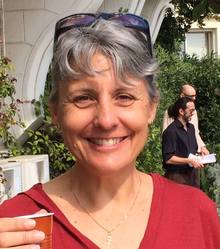 But the National Business Review has posted an online article on Wednesday, saying it is Ms Harre after being told that the leader has a background as an activist and is a woman. That is also being echoed on social media.

Ms Harre was an adviser to the Green Party until December 2013, and most recently has been working for the Council of Trade Unions on its Get Out The Vote campaign. She did not return calls from Radio New Zealand on Wednesday.

The Internet Party says speculation of Ms Harre being leader is just that - and all will be revealed on Thursday.

Meanwhile, chief executive Vikram Kumar said on Wednesday that the leader has an extremely credible track record and a total understanding of Maori politics.

Mr Kumar defended the part of the agreement with Mana which will reassess their relationship - reconsidered six weeks after the election - saying it is a sensible review clause and not a dissolution clause.

The groups are to work together as a joint party called Internet-Mana. Mana Party leader Hone Harawira is No 1 on the list. 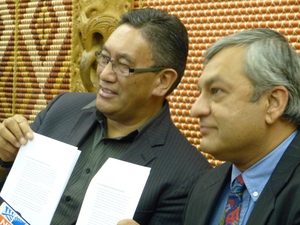 Hone Harawira dismissed claims that the alliance with the Internet Party is a misuse of Maori votes.

Mr Harawira told Radio New Zealand's Morning Report programme on Wednesday that he works for the people of Te Tai Tokerau and they would judge him when they vote for who will take the seat in September.

But the Maori Party believes the alliance is a slap in the face for Maori voters. Co-leader Te Ururoa Flavell said Mana made the wrong choice and that the merger undermined the Maori seats.

Mr Flavell said the Internet-Mana Party would be utilising a Maori seat to drag someone else into Parliament who had questionable knowledge of Te Ao Maori and the dreams and aspirations of the people of Te Taitokerau.

Mr Harawira said the relationship with the Internet Party was about far more than money. He said there would be resources made available to help electorate campaigns for both parties and the party vote campaign for Internet-Mana, as well as a 'Get Out The Vote' campaign for all New Zealanders.

Labour Party MP and Taitokerau candidate Kelvin Davis said it was pretty obvious that the deal was just a blatant resource grab, because everyone knew that Kim Dotcom had plenty of money.

Mr Davis said the two parties were disparate, and questioned how someone could claim to be on the side of the poor and destitute, yet get into bed with someone else who was a raging capitalist.

Internet Party chief executive Vikram Kumar said the relationship would go both ways, and he hoped the parties would learn from each other. He said the Internet Party supported Mana and its values, including the Treaty of Waitangi.