The Speaker's Office has confirmed it is investigating claims by independent MP Brendan Horan that the New Zealand First Leader's Office Fund has been misused.

Despite several attempts by his former New Zealand First colleagues to block him, Mr Horan laid out a series of accusations in Parliament on Wednesday.

Mr Horan told the House that New Zealand First is using taxpayer-funded computer software for party political purposes, such as campaigning and fundraising, and that the party had paid tens of thousands of dollars out of the leader's budget to develop the software. 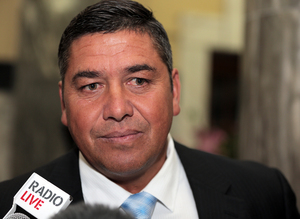 Parliamentary rules prohibit the fund being used to solicit members or money, or to ask for votes.

Brendon Horan challenged Winston Peters to open the books to the Parliamentary Service, then to the New Zealand public.

New Zealand First's leader Winston Peters says he can state unequivocally there has been no misuse of the taxpayer-funded leader's budget, but is refusing to open the party's books, saying the party was already accountable to the Parliamentary Service and had always complied with the rules.

Mr Peters said the Vanguard computer programme was purchased using the leader's fund but insists it will be used within the rules, once running, and the accusations are without foundation. 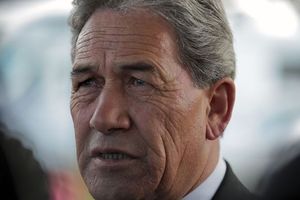 Mr Horan also released board minutes from a meeting in March last year, only three months after he was expelled from New Zealand First's parliamentary wing.

They showed a caucus report which said: "The caucus is not happy about the the Brendan Horan situation but Winston assures us the right decision was made."

New Zealand First MPs Barbara Stewart, Asenati Lole-Taylor and Richard Prosser told reporters at Parliament they were not aware of any disagreement within the caucus at the time.

They said there was no name on the caucus report and they did not know why it had been written, because they all agreed with the action taken.

Mr Horan has written to the Parliamentary Service, asking it to investigate his claims and report to the Speaker of the House.