University bosses have chastised MPs for taking what they call a dismissive and cavalier attitude to submissions on the Education Amendment Bill. 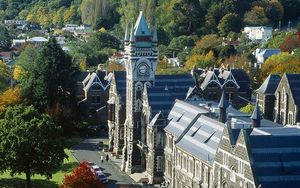 They told the Education and Science Select Committee on Wednesday the bill is moving them from being government-funded to government-molested and warned MPs to pay attention to to their united front against it.

The bill will slash the size of university councils and remove the statutory right of staff, students and alumni to council seats while increasing the influence of ministerial appointees. It proposes that there be no more than 12 members on the council, when currently most have about 18.

The University of Auckland vice-chancellor said the Government is trying to gain more control over universities as its funding for them shrinks compared to other income sources.

Stuart McCutcheon told the committee that universities are going from being funded to molested.

"The state molested is what we see in this bill. A greater influence of the minister, a lessening of the influence of other legal members of the institution, and something that will be to the detriment of our universities but also because it will constrain the willingness of people to speak out."

Mr McCutcheon said the bill is also wrong to make council members accountable to the Tertiary Education Minister as well as to their university.

Universities New Zealand said change in the bill would do irreparable damage to their international reputation.

Deputy-chairperson and Otago University vice-chancellor Harlene Hayne told the committee that it showed a poor attitude when it heard the South Island university's submission and those of several student groups last week.

"As an academic who has spent more than 20 years in the classroom listening to and working with young people, I was very disheartened by the dismissive and cavalier way in which they were treated."

Ms Hayne said when she made a submission last week, she felt jaded and unheard.

The select committee should pay attention because it is rare for the eight universities to unite on an issue as they had over the bill, she said.