A former Police Minister, Judith Collins, says MPs and ministers have to be extremely careful when dealing with the police, as they're in a totally different category to other government agencies. 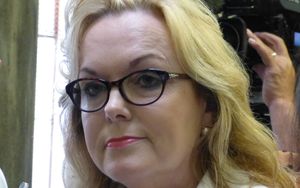 Her colleague, Maurice Williamson, lost his ministerial portfolios after phoning the police about an ongoing investigation.

Ms Collins, who's now the Justice Minister, said MPs should not get involved in any case being prosecuted against any one individual.

She also rejected opposition accusations that the Prime Minister had taken tougher action against Mr Williamson than her.

Ms Collins said her dealings with the export company Oravida were found not to have breached Cabinet rules, unlike Mr Williamson's with the police.

The Green Party said the police should be given clear and specific guidelines, about how to deal with enquiries from MPs and ministers.

Before Mr Williamson resigned, the police reviewed the case at his request, but still went ahead and prosecuted.

But the Greens co-leader Russel Norman said on Friday that Mr Williamson had a number of senior officers responding to his query.

The police had a directive that any contact with politicians must be consistent with their wider obligations to the Government of the day, and political neutrality.

The Police Managers' Guild said the rules were clear about police maintaining their independence from politicians.

Greg O'Connor from the Police Association said the police found it increasingly hard to be free of political interference and that the lines were becoming more and more blurred.

The president of the Police Managers' Guild, Rob Lindsay, disagreed there were blurred lines.

Mr Lindsay said it was clearly set out how the police went about their business independently.