The Government has not ruled out getting more information about how many foreign investors are buying houses in Auckland, but says it is not a priority. 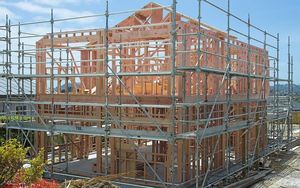 A house under construction in Auckland. Photo: PHOTO NZ

New Zealand First leader Winston Peters said foreign buyers were helping push up house prices, and he had called for more information to be collected.

But Finance Minister Bill English said it would not be easy to do.

"If the basis is anecdotal evidence that there's people who look Asian buying houses in Auckland, well 12 percent of Auckland's population is Asian," Mr English said.

"If it's whether they're residents or non-residents, New Zealanders overseas, do they count or not count?

"It would be a much more complex exercise, I think, than someone like Winston Peters says."

Mr English said it would be useful to have more information - despite the Government believing house prices were being driven up because not enough land was available for building.