Labour Party leader David Cunliffe is being criticised for choosing not to front up to question time in Parliament on Tuesday. 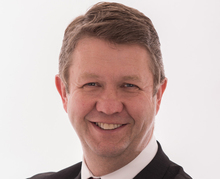 Deputy leader David Parker says Mr Cunliffe thought it was appropriate to deliver a speech on economic policy to 300 company directors, rather than face the Prime Minister at question time.

He says John Key is away from question time a lot more than Mr Cunliffe is.

However, Mr Key describes it as a strange choice, just months out from the general election.

"We've got a two-week recess coming up, we're in Parliament - this is the place you debate the big issues, this is his chance to take me on," he says.

"If he cared so much about debating me he might turn up to Parliament."

Mr Cunliffe has also cancelled an invitation for a second time to have television cameras in his home for an election year leaders series. Mr Parker says Mr Cunliffe has a young family and a right to privacy.

Mr Parker says Labour's other members will making up for their leader's absence in the house.