The Prime Minister has rejected criticism that he should have included the anti-apartheid activist John Minto in the New Zealand delegation attending a memorial service for Nelson Mandela. 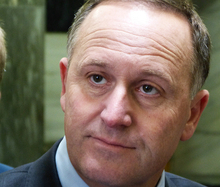 Mr Mandela, a Nobel peace laureate, led South Africa's transition from white-minority rule in the 1990s after 27 years in prison and was the country's first black president. The 95-year-old died on 5 December at his home in Johannesburg.

Mr Cunliffe has suggested that John Minto should have been part of the delegation, but Mr Key said consideration was given to taking him to South Africa.

"I raised it with my officials and in the end the decision was made that the grouping was the right one, there were lots of potential names that were put into the pot - we think we've got it right and others will judge it." 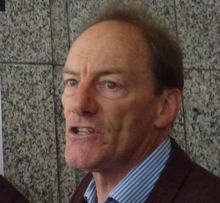 John Minto believes the delegation is weighted too heavily towards those who supported the 1981 Springbok rugby tour.

He told Radio New Zealand's Checkpoint programme that having anti-apartheid campaigners as part of the delegation would have provided balance.

"This was a big issue for New Zealand and let's include people who were active in the struggle against apartheid and who actively supported the release of Nelson Mandela from prison, rather than people who came from a Cabinet where people are calling Nelson Mandela a terrorist and the ANC a terrorist organisation."