Green Party co-leader Russel Norman is brushing off a potential challenge in 2014 for the leadership role, saying he is confident that members will select him again.

His challenger David Hay, a 52-year-old policy analyst from Auckland, is currently number 16 on the party's list and stood for Epsom at the last election. 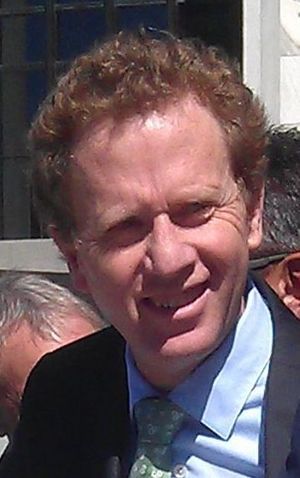 Mr Hay says the Greens need to put its "A team" forward, as there is a real possibility that the party will be in Government after the 2014 election.

He is hoping for a good ranking on the party's list next year - fourth or fifth - or even first. However, if he is lower than that, he says he won't go ahead with the challenge.

Dr Norman is unfazed by the potential bid, saying on Wednesday that he won't be putting energy towards it.

He says it is important for the Greens to keep up their lead on, or support for, important issues such as asset sales, climate change action and the SkyCity deal.

The list rankings will be completed by the end of March next year and released in early April, with a vote on the male and female co-leader roles at the Greens' annual general meeting in June.

David Hay says he has about 15 years' work experience in central and local government that would help him if he did become co-leader and a minister in a new government.

Mr Hay says he has a vision for where the Greens need to go next, including building the party in Auckland.

If the party is going to do anything about climate change and transitioning to a zero-carbon economy, then it needs to be working faster, smarter and with a clearer focus, he says.