The Prime Minister is in Paris after spending the weekend with the Queen and other members of the Royal family at Balmoral Castle. 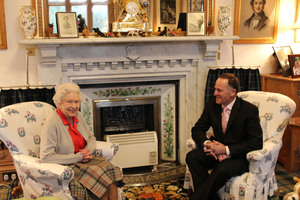 Mr Key said he and his family were warmly received they visited Balmoral, where they hiked, played golf and hunted for grouse.

He briefed the Queen on domestic issues, including the Canterbury rebuild.

Mr Key says he discussed the possibility of a visit to New Zealand by Prince William, the Duchess of Cambridge and Prince George, who were also at Balmoral.

Mr Key is in the middle of a 12-day official visit to Britain, France and the United States, where he will attend the opening week of the UN General Assembly in New York.

Mr Key says as many as 50 world leaders will be met in New York as New Zealand tries to rally for support.