Pacific Islands Forum leaders have concluded their retreat in the Marshall Islands with statements on climate change, Fiji and Syria.

The regional leaders have been meeting on the remote Eneko Island, as part of this year's Pacific Islands Forum. 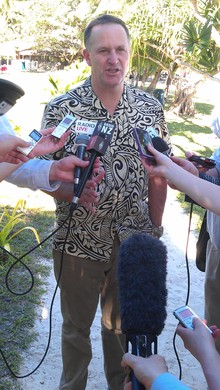 John Key on Enoka Island, where the retreat was held. Photo: RNZ

They presented the Majuro Declaration, which calls for urgent action on climate change, in recognition of the threat it poses to many Pacific countries.

Leaders also sent a positive message about welcoming Fiji back into the fold, after free and fair elections next year.

They also condemned the use of chemical weapons in Syria, and called upon the United Nations to hold those accountable responsible.

Forum leaders sent a message of encouragement to Fiji after the retreat.

Fiji was suspended from the forum, and its re-entry is dependent on holding free and fair elections by September next year. 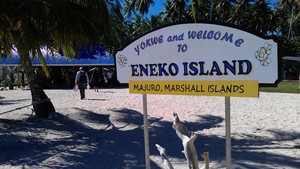 The venue for the retreat. Photo: RNZ

Forum leaders noted the progress Fiji is making and its new constitution.

Forum Secretary General Neroni Slade says leaders are looking ahead to next year.

"Leaders have expressed their commitment to revisit their Forum decision relating to the suspension of Fiji and very much look forward to inviting Fiji back."

John Key says Fiji probably won't be at next year's forum, to be held in Palau, as leaders will have to discuss it first. 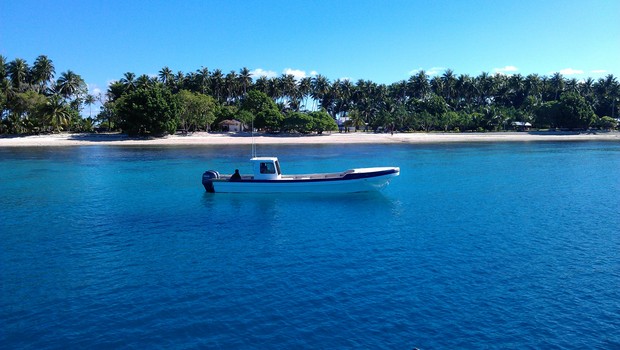