Labour leader David Shearer says the Hillside train workshops must not be broken up and sold.

Mr Shearer made the comment during a brief tour of the KiwiRail workshops in Dunedin on Monday afternoon, as Labour tries to keep the spotlight on the state-owned enterprise's struggling turnaround plan. 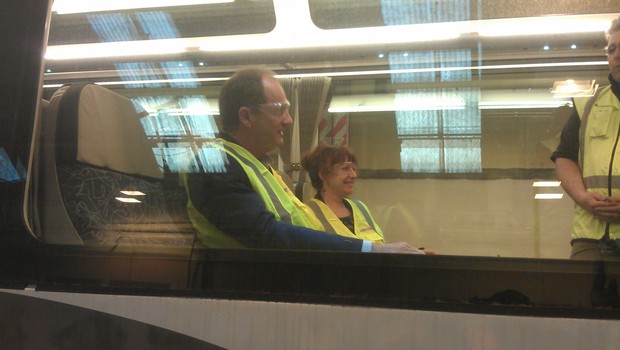 KiwiRail will not comment but says it expects to conclude a sale in the next fortnight.

Sources say the foundry area is attracting plenty of buyer interest and some maintenance areas may sell but other parts, such as the train fabrication area, may be closed.

Mr Shearer says Labour would get behind any venture which will keep the workshops a strong and unified whole.

But asked if Labour would buy the workshops back once sold, Mr Shearer said he could not promise that.

An internal plan released last week showed KiwiRail intends to close Hillside if it does not sell, although the company may have to keep running the site's locomotive lifter until an alternative is found.

Rail & Maritime Transport Union organiser John Kerr says the chances of selling the workshops are good, but admits it might not cover all the workshops.

However, he says it's unlikely there will be a full closure.