Maori Party co-leader Tariana Turia says it will be up to its members to decide if the party will stick to its deal with the Government.

The party has been angered by remarks made by Prime Minister John Key about the Government potentially ignoring whatever ruling the Waitangi Tribunal makes on water rights.

On Monday, the tribunal began an urgent hearing into water ownership as the Government prepares to sell shares in some state assets, including power companies that have hydro schemes. 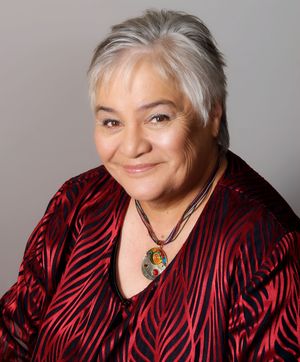 The Mixed Ownership Model Bill passed in Parliament by 61 votes to 60 on 26 June this year. The legislation opens the door for the sale of up to 49% of shares in Genesis Energy, Meridian Energy, Mighty River Power and Solid Energy.

The Maori Council on behalf of claimants is seeking recognition of water rights and a recommendation to freeze the Crown's sale of some shares in the companies.

John Key said on Monday the Government could choose to ignore the outcome of the hearing because the tribunal's rulings are not binding on the Government.

Labour says the Maori Party should walk away from its support agreement with the Government and Mana Party leader Hone Harawira agrees.

"The Maori Party can't continue to moan about the behaviour of the Government while continuing to go back to live with them. You know, you're either saying: 'That's unethical behaviour and you either stop it or we're walking' or you just go yap yap from the sidelines and stay in the House."

But Mrs Turia said on Wednesday the party will consult members about the issue and it will be up to them to make that decision as they have put the MPs into Parliament.

"We're always really clear that we are led by others - we're not there to lead people down a pathway of what it is we think is the right thing to do. In the end, we're reliant on their support and we are here because they've put us here, so they'll make that decision."

However, Mrs Turia says she is very concerned about the fallout from John Key's remark, saying it has sparked a lot of negativity about Maori.

Not a make or break issue, says PM

The Prime Minister said on Wednesday although National and the Maori Party have disagreements at times he doesn't think it is a make or break issue and described the relationship as stable.

"The Government's view is that no one owns water. That's an established position - successive governments have had it. I don't believe that position should change."

John Key says he is happy to talk with co-leaders Mrs Turia and Pita Sharples about his remark, but won't be able to meet them this week due to his travel schedule.

Meanwhile, Green Party co-leader Russel Norman says the asset sales can't go ahead with so much uncertainty surrounding the future of water rights, and investors could seek hefty discounts because of it.