Panama Papers - One of America's most wanted fugitives has been able to stay ahead of justice and tax officials by hiding some of his assets in New Zealand, NBC News reports. 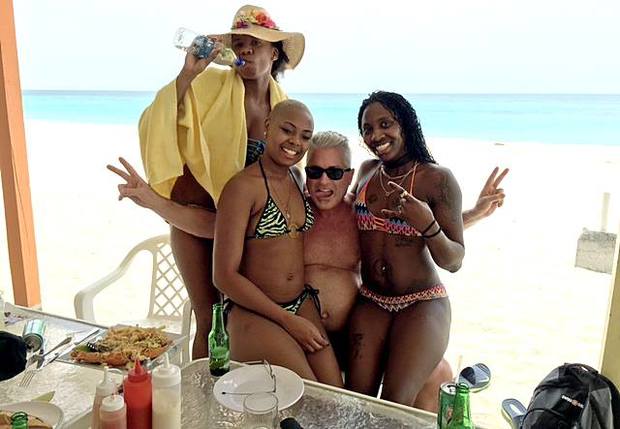 Calvin Ayre built his website into one of the world's biggest gambling and sports betting empires Photo: Facebook

A flamboyant Internet gambling tycoon, Calvin Edward Ayre has used a web of offshore companies - including a trust in New Zealand - to stay one step ahead of authorities while thumbing his nose at them, flaunting his luxury lifestyle and hiding millions of dollars in illicit loot.

Ayre, a playboy who built his Bodog.com website into one of the world's biggest gambling and sports betting empires, was indicted by US prosecutors four years ago on charges of conspiracy to launder money and illegal gambling, NBC said in its extensive article on him.

The documents in Mossack Fonseca's database don't show any wrongdoing by Ayre - as it is not necessarily illegal to have offshore companies - but do show how he moves money between tax havens such as the Cayman Islands, Liechtenstein and the British Virgin Islands.

The documents show a company, Elegant Step Group Limited, was set up by Ayre - under the name Calvin Wilson - and his sister Anita Rose Ayre and eventually all shares in that were shifted to Incom Trustees Limited, which itself was a trustee of a New Zealand trust called Adaman Trust. 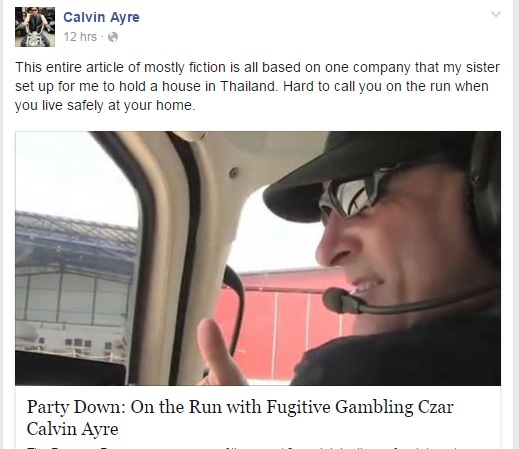 Calvin Edward Ayre has a web of offshore companies - including a trust in New Zealand. Photo: Facebook

Ayre responded to the article on Facebook, saying it was "fiction based on one company that my sister set up for me to hold a house in Thailand.

"Hard to call you on the run when you live safely at your home."