The Marshall Islands president has urged world leaders at the United Nations to monitor geopolitical tensions in the Pacific. 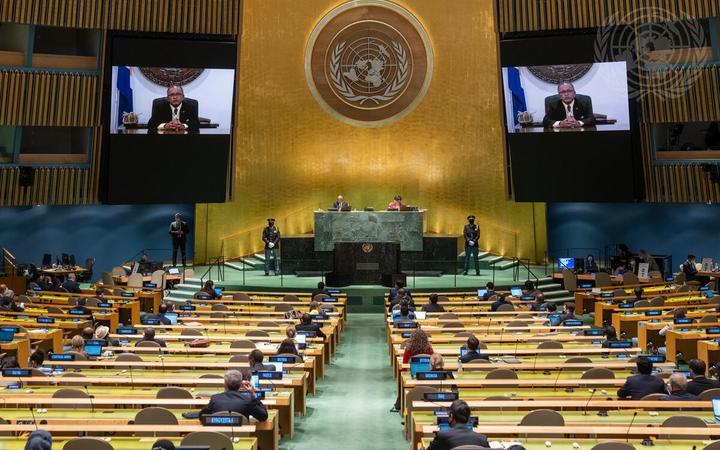 Addressing the UN General Assembly in New York via a recorded video message, David Kabua, said countries in the region were in the middle of a tug-o-war between 'the world's greatest powers'.

"My own Pacific islands region faces a new emerging security threat in the form of geopolitical competition," Kabua said.

Without addressing the elephant in the room directly Kabua said the Marshall Islands has always strived to maintain an independent democracy and protect the basic human rights of its citizens.

"As island leaders we must remain firmly in control of our commitment to a free and open Indo Pacific and stand apart from any who would seek to have us trade our core values for easy inducement."

Kabua called on the Pacific's traditional allies stand by island nations and stressed the importance of having a strong UN body to prevent history from repeating itself.

"If we cannot remember the mistakes that led to the last century's open global military conflicts...my fear is that we are doomed to repeat them," David Kabua said.

The Marshall Islands president's comments come as the US, the UK and Australia have been on the defensive over widespread criticism of their recently announced security pact AUKUS.