One more case of Covid-19 in the community was confirmed in Suva yesterday as Fijian authorities maintain containment zones across its main island Viti Levu.

As the government works to roll out newly received AstraZeneca vaccines, it has issued renewed calls for the public to remain at home.

"The confirmation of cases of unknown origin, in particular, indicates the virus could still be present in all six areas, so the borders must be enforced, as must the other restrictions we have in place," Dr Fong said.

"When the data tells us to proceed in a different direction -- we'll tell you."

The latest case, from Makoi, a suburb north of the capital Suva, was detected at the local health centre which has now closed for decontamination.

Ruling out any nationwide lockdown in the near future, Dr Fong said the government response had considered all angles of impact. 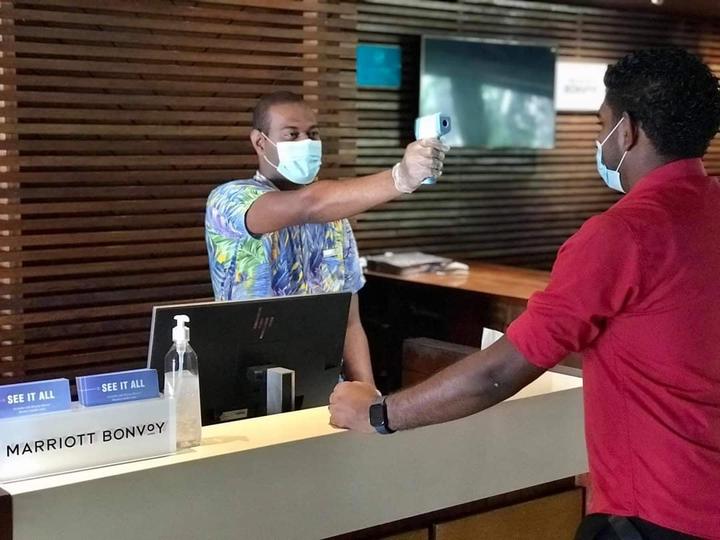 "Movement across Viti Levu is currently restricted for essential purposes only. The purpose of limiting movement is to limit mixing between people."

He reinforced earlier messaging around operating in bubbles and reminded people the current way of life would last a while.

"We are dealing with a highly transmissible variant and several unknown chains of transmission, so we want people to operate in "bubbles" and stay in their bubbles as much as possible. Our next steps are being informed by the best available science," he said.

"I encourage every household and community to spend at least one day per week reviewing how your group -- or bubble -- is managing the risks of this outbreak. Take some time, talk through the schedules and routines of the people who share your "bubbles'' with you."

"From an epidemiological standpoint, from an economic standpoint, and from an employment standpoint -- we are considering all angles of this wide-reaching crisis."