Vanuatu authorities have released a flagged UK tanker and crew that had been investigated after a dead crew member found washed ashore on a beach and infected with Covid-19.

BW Epic Kosan operates the LPG gas tanker Inge Kosan had been anchored off the capital Port Vila while police and health workers carried out and investigation.

Mr Loughman said the blood tests of 26 people in quarantine because they had contact with the body and crew, have all shown no sign of the Covid-19 virus. 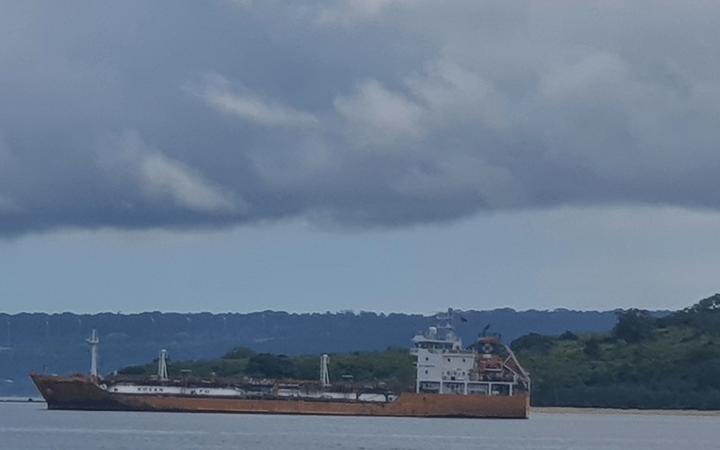 A UK-flagged tanker has been detained by Vanuatu police force and ports authorities in Port Vila amid investigations over the death one of its members crews. 12 April 2021. Photo: Hilaire Bule

Their blood was taken at Vila Central Hospital and sent to Australia for testing and the results were all negative.

The Vanuatu health authorities also took blood of the crew members and the results of their blood tests were positive.

The prime minister says the the tanker was finally released yesterday evening with its Covid-19 positive crew members, and the lockdown of Efate was lifted.

Timeline of the Inge Kosan

On 11th April the tanker left Port Vila for Solomon Islands but the captain noticed that one his crew members was missing.

The ship returned to Port Vila and a search operation was activated.

Local people at Pango signalled a dead body at the beach and police went to the site.

The captain then identified the body as his missing crew, a Filipino national, prompting Vanuatu authorities to detain the ship for investigation.

Last Sunday night Prime Minister Loughman made an official statement that the body of the Filipino crew member tested positive.

The authorities then began contact tracing to find people who had been in contact with the body and the crew members of the ship during the investigation and putting them in the quarantine.

The lockdown of the island of Efate, where Port Vila is situated, was also declared by Mr Loughman on Sunday night.

Last night he confirmed that local people who have been in contact with the body and the crew in the ship were tested negative but the crew members who were taken ashore for testing were positive.

The tanker was finally released yesterday evening with his crew members who are positive and the lockdown of Efate was lifted.