A former Vanuatu prime minister says praise heaped on the late Sir Michael Somare as a supporter of political freedom in the region is misplaced.

Barak Sope's comments strike a contrasting tone to the many regional tributes since the passing of Papua New Guinea's founding father in February. 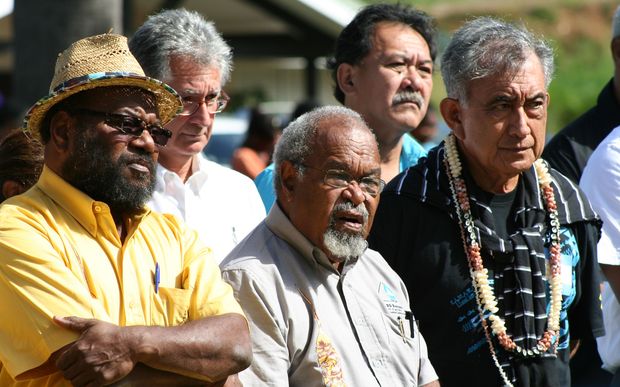 Sope said he was saddened by Sir Michael's death. But he doesn't agree with Vanuatu's Bob Loughman-led government when it praised PNG's first prime minister as a supporter of political freedom for Vanuatu, West Papua and also the formation of the Melanesian Spearhead Group.

Amid widespread regional tributes to the Grand Chief, Loughman described Somare as Melanesia's version of Nelson Mandela and a leading light in the passage to independence for various Pacific countries. 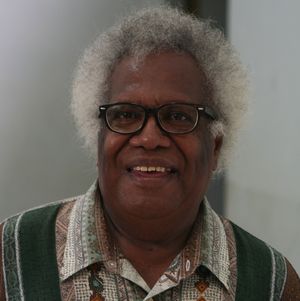 According to Sope, Sir Michael was never a supporter for Vanuatu's independence struggle, and nor did he support decolonisation in Timor Leste and West Papua.

He suggested that neighbouring Indonesia, which took control of the western half of New Guinea in the 1960s, exerted influence over the policy of Somare and his Pangu Pati as they ushered PNG to indepedence in the 1970s.

During his later years as prime minister and afterwards, while West Papuans sought to join the MSG with full membership status as distinct from Indonesia, Somare repeatedly referred to the issue as a domestic matter for Jakarta which regional countries should stay away from.

Sope also said that as PNG opposition leader in 1980 Sir Michael opposed a proposal for PNG to send troops to Vanuatu to quell a rebellion in the nascent state as it gained independence.

Sope was the Secretary for Foreign Affairs in Vanuatu's first government upon independence. He recalled how they went to Port Moresby to lobby PNG's government to support a motion for the larger Melanesian country to send soldiers to Vanuatu to end the so-called Coconut War.

He said that Somare opposed the plan, although the PNG prime minister at the time, Sir Julius Chan, directed the deployment of 2,000 soldiers into Vanuatu who subsequently quashed the rebellion for the newly independent nation.

Sope said he wanted all young ni-Vanuatu to know that Sir Julius and other senior statesman in the Pacific Region including Sitiveni Rabuka of Fiji made contributions to enhance the political advancement in the Pacific, not just Michael Somare.

Sope, who was convicted of forgery twenty years ago before being pardoned, has remained instrumental in Vanuatu's foreign affairs ambit relating to its strong lobbying for West Papuan independence.

Sir Michael Somare's death in late February was followed by extensive reflections on PNG history, generally acknowledging him as the pivotal figure in unifying a fragmented collective of tribes into a nation, and a regional consensus builder.