Several matai from Satapuala village in Samoa have stopped one of the country's newest political parties from campaigning there.

The local matai are supporters of the current MP and candidate for the ruling Human Rights Protection Party (HRPP). 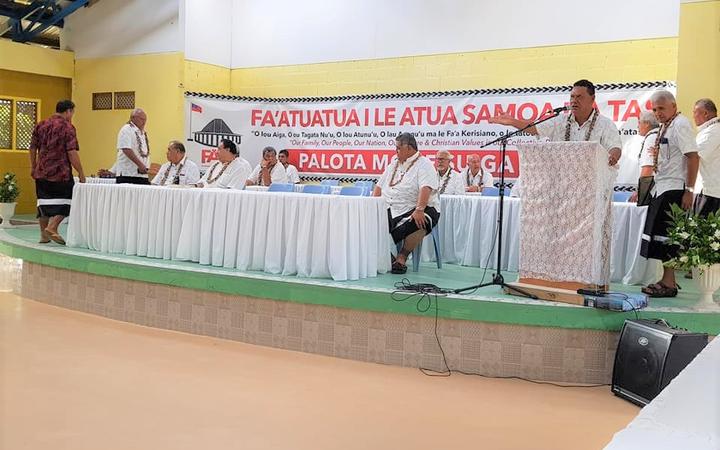 The village matai delivered a letter to the Chairman of Fa'atuatua i le Atua Samoa ua Tasi (FAST), saying the party's road show could not be held in the village.

The chairman of FAST, Laaulialemalietoa Leuatea Polataivao Schmidt, accused MP and Minister of Communication and Information Technology, Afamasaga Toeolesulusulu Rico Tupa'i, of being behind the decision.

He said despite the objection, the road show would approach other villages of A'ana number 3 constituency of which Satapuala was a part of.

The FAST party candidate is former Opposition MP, Toeolesulusulu Cedric Schuster, who like Afamasaga is from Satapuala and holds the Toeolesulusulu title.

Afamasaga denied any involvement in the decision.

But he said he was at the meeting last Saturday where village matai reaffirmed their stance not to welcome the road show.

Afamasaga said the decision was made to keep the peace and to maintain Satapuala's support for him and the HRPP in the lead-up to April's general election.