Vanuatu's Galaxy stunned defending champions Hienghène Sport from New Caledonia 4-1 in the opening Group A clash in Port Moresby, with Roberson Dos Santos Ribiero opening the scoring from close range in the 14th minute before Gagame Feni doubled their advantage just after the half-hour mark. 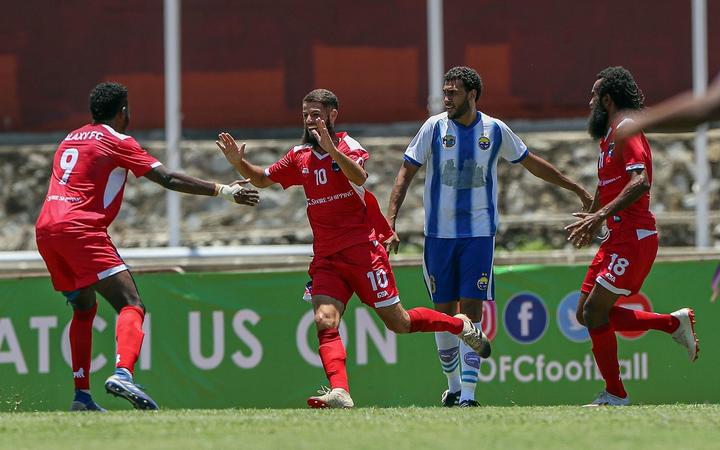 Hienghène had a chance to pull a goal back from the penalty spot in the 61st minute but skipper Bertrand Kai blasted his attempt well over the crossbar.

Terence Carter extended Galaxy's lead to 3-0 with 10 minutes remaining before Joseph Athale finally pulled a goal back for the New Caledonia Super Ligue champions from the penalty spot five minutes later. However, Kensi Tangis sealed a stunning result for Galaxy with a brilliant individual goal in stoppage time.

Galaxy coach Batran Suri praised his team for a big performance against the reigning champions.

"After every goal we scored we grew in confidence and we were happy that our game plan and strategy was working," he said. "We have some great finishers and it was pleasing to see that we could record a deserved win against a big team." 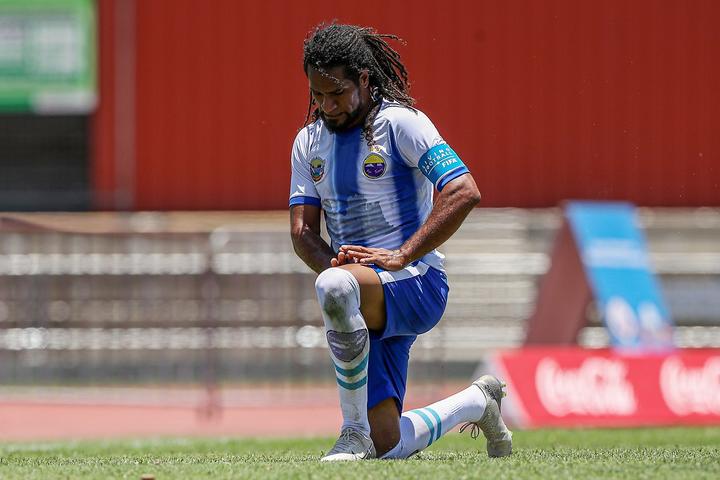 "We looked sluggish and disorganised and we fell behind.

"We started to chase the game and Galaxy took advantage of our mistakes. We did create good opportunities but we missed them, we missed a penalty and there was a close offside call on another goal. It wasn't our day."

Eastern Suburbs also had a debut to remember as the New Zealand domestic champions held on to beat 10-man Hekari United 2-1 at Sir John Guise Stadium.

Martin Bueno tapped home from close range to open the scoring in the 19th minute.

Kolu Kepo levelled the scores a minute before half-time with a brilliant looping finish over goalkeeper Danyon Drake but local celebrations were cut short as Bueno grabbed his second of the match in time added on to put the visitors back in front. 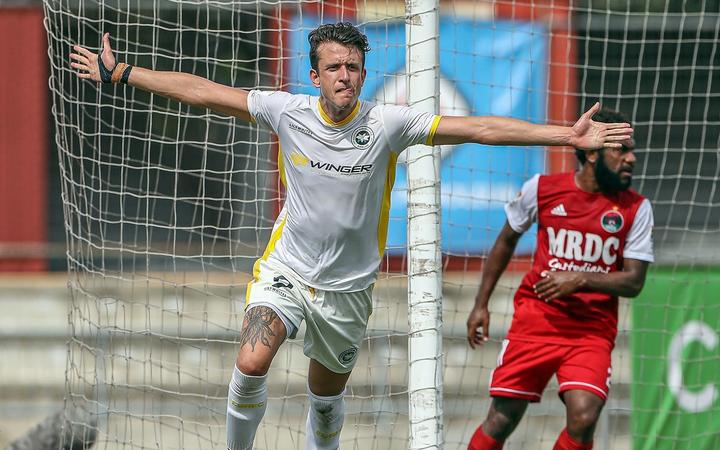 Hekari United's problems were compounded eight minutes into the second spell when midfielder David Muta received his marching orders for a second bookable offence. That allowed Eastern Suburbs to control the tempo for the remainder of the match as the 2010 champions Hekari made a losing return to regional competition after a three-year absence.

Eastern Suburbs coach Tony Readings was both pleased and relieved to have secured all three points.

"We knew it was going to be tough so we weren't surprised, but we are pleased we got the result.

"There were elements of the game that were very good today, our defending, our work rate, our structure, but there are bits of our game we know we can do better. Yes, we do want to fight but we also want to be able to control the game better and that's what we are looking to improve on in the next game." 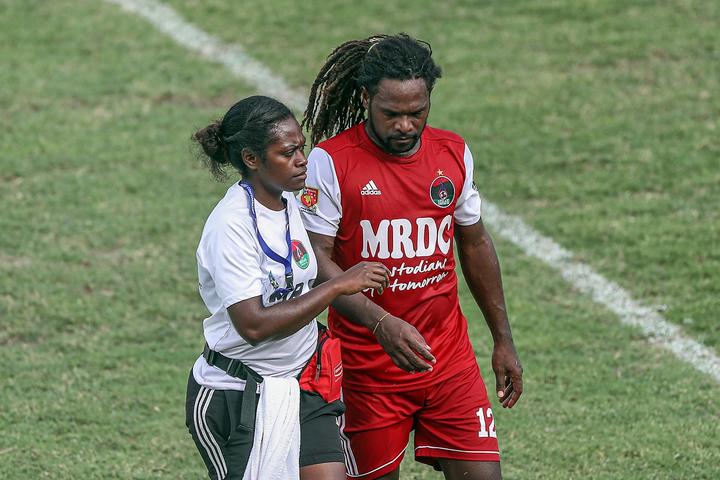 Hekari United coach Jerry Allen said it was always going to be difficult when the home side were reduced to 10 men.

"The red card was the turning point, it really cost us today," he said.

"We showed good spirit to fight back when we were one-nil down and even with ten men we fought hard, we pressed high and put them under pressure, but at the end it wasn't enough."

All square on Santo

All four teams could not be separated in the opening round of Group B matches at Luganville Soccer City Stadium on Saturday.

Papua New Guinea champions Lae City burst out of the blocks against Henderson Eels from Solomon Islands with Emmanuel Simon opening the scoring in the third minute.

After a quiet start to the second spell, the game roared into life just after the hour mark with Emmanuel Simon bagging his second goal of the match from the penalty spot to level the scores at 2-2 before Nigel Dabinyaba struck two minutes later to put Lae City 3-2 in front.

Just as the match was seemingly slipping away from the Eels grasp they were awarded another penalty and Tuti Zama Tanito made no mistake to tie it up at 3-3 after 70 minutes, with neither team able to break the deadlock.

Henderson coach Eddie Marahare believed his side could have scored even more goals.

"In terms of attacking I was quite pleased with the pace and the chances that we created but the one thing is the lack of finishing, it was a bit poor," he said.

Meanwhile Lae City coach Peter Gunemba was pleased that his side fought back from a goal down.

"Both sides had their chances to win, we had equal chances of scoring goals." 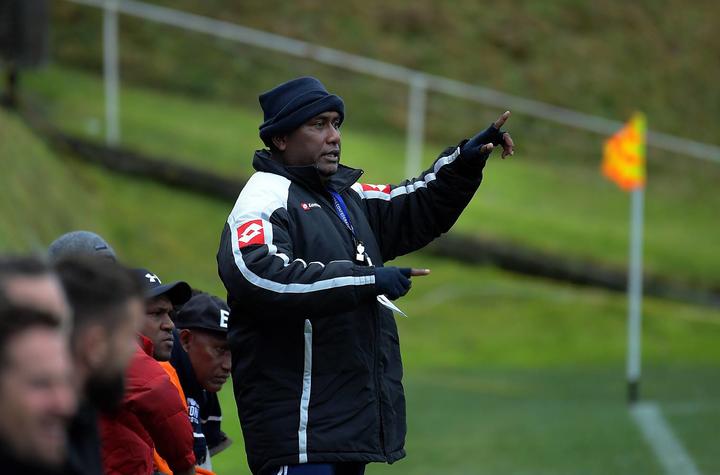 In the later game, Malampa Revivors held on to secure a 1-1 draw against Lautoka FC in front of their home supporters, despite vice-captain Andre Batick being shown a red card in the 35th minute for a dangerous tackle.

Azariah Soromon had opened the scoring for the Vanuatu National Super League winners in the 16th minute before Lautoka import Jack Caunter levelled from the penalty spot for the Fijian side just before the half hour mark.

With the home side holding on valiantly despite being a man down, Soromon had a chance to secure all three points but blasted his second-half penalty attempt over the crossbar.

Malampa coach Steve Varegali was thrilled with the effort of his players against the odds.

"Yes, we are really happy with the point and we believe that our players have done very well," he said.

But Lautoka coach Ananda Swamy believed his side should have made the numerical advantage pay.

"I'm happy with the point but the performance, playing against 10 players, we should have grabbed the three points," he said.

Meanwhile, Galaxy FC and Eastern Suburbs will put their winning records on the line in Group A on Wednesday before Hekari United host Hienghène Sport.