A book written in detention by a refugee on Papua New Guinea's Manus Island is a work of art before being an act of resistance, the author says.

Kurdish journalist Behrouz Boochani is amoung about 1500 people exiled to Manus and Nauru since 2013 for seeking asylum in Australia.

No Friend but the Mountains: Writing from Manus Prison was drafted in Farsi and translated into English by Omid Tafighian, an assistant professor of philosophy at the American University in Cairo.

Dr Tafighian said the book's genre could not be defined.

"It's art as resistance... The book is infused with folklore, with myth, with epic. Yes, there are bits and pieces of memoir scattered throughout but it's also fictional, it's also historical, it's also philosophical, it's also psychoanalytic," he said. 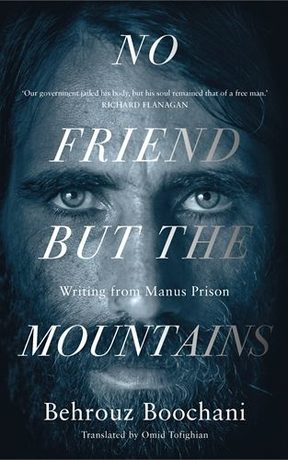 "So I think if there was any book that couldn't be categorised this would be a good example of that."

"The whole book is against a system that is created to take people's identity," Mr Boochani said.

"This book is like a struggle and actually it is a victory for me and all the people living in a situation like this."

The author doubted his book would change Australian politics, the translator said.

"But what he wants to do is document this particular phase in Australia's history and these atrocities related to border politics," Dr Tafighian said.

"He also wants other generations to learn from this and challenge and subvert a whole perverse philosophy that can't be defined in terms of periods and borders," he said.

"His book is trying to expose that colonial logic that he believes is underlying the prison."

The book, however, was not a manifesto, Mr Boochani said.

"I ask the readers, don't reduce this book in only a political frame. Try to understand this book as a piece of art because first I am a novelist, first I am an artist."

While part of the legacies of Kurdish resistance and prison writing, the book was unique in being painstakingly typed on a mobile phone, Dr Tafighian said. 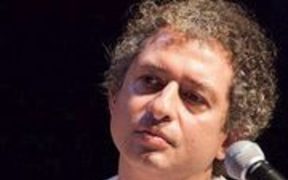 "It's probably the first book that's been written on WhatsApp and so the mode of production I think is something unique and worthy of a lot more reflection."

But much like his film, Chauka, Please tell us the Time, Mr Boochani felt the fascination with the mode of production undermined his message.

"I know it is very interesting but it is only a small part of this story."

No Friend but the Mountains: Writing from Manus Prison is published by Picador Australia.