Provincial authorities say more than 30 people are believed to have been killed and whole villages buried by landslides in Papua New Guinea's Southern Highlands after a 7.5-magnitude earthquake struck yesterday. 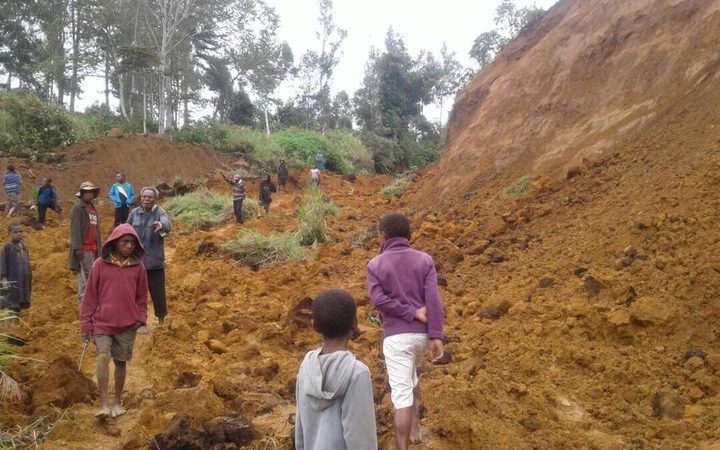 The Post Courier newspaper reported Hela Provincial Administrator William Bando saying at least 13 people were killed in the capital of neighbouring Southern Highlands province, Mendi. Eighteen others were believed to have been killed elsewhere in Southern Highlands, however telecommunication links in the area have been significantly disrupted by the quake, frustrating attempts to collect information about the impact.

However, the acting disaster co-ordinator for Hela province, Barclay Tenza, said 11 people died in Mendi which is about 100 kilometres away from the epicentre of the quake in Hela province.

Authorities also said more than 300 people were injured and many and properties were destroyed during the quake, and that the had been in contact with the region by satellite phone as other lines were down.

A police spokesman said there were also reports of entire hillsides coming down and whole villages being buried by landslides.

Mr Tenza told RNZ Pacific from Mendi that rescuers were trying to reach four people buried in a landslide.

He said power and telecommunications were still out in most of the affected areas and the main roads into the region were cut off by landslips.

"Our communication is not up to shit. We cannot communicate. All the power is cut off and I had to come to a mountain where I get a network to make a call. You are lucky to intercept."

According to police spokesman Dominic Kakas, at least 10 people died in landslips.

Superintendent Kakas said the quake and its after shocks have caused widespread movement of land in the provinces of Southern Highlands, Hela, Enga and Western Province.

He said reports are filtering through of extensive damage.

"To roads, landslips, entire mountains coming down, from reports some villages have been covered. The telephone lines the towers have been damaged, so yeah."

Mr Kakas said there had been no communication at all from the capital of Hela, Tari, a township which has a population of over 8000 people and is about 30 kilometres from the quake's epicentre.

He said the Police Commander for the Southern Highlands Province had been in the capital Port Moresby and was returning home today by helicopter to further assess the situation in the region.

Two others were children of a senior Southern Highlands public servant.

More than 300 aftershocks after quake

The US Geological Survey says there have been over 300 significant aftershocks since the 7.5-magnitude earthquake yesterday.

He said computer modelling for the original quake estimated significant casualties and over $US100 million worth of damage.

Mr Abreu said the earthquake was coded as an orange event meaning it was very significant.

"So when we see this and we see definitely the orange we know like okay this is likely to be a dangerous event to look at, an event that we would expect to see damage and causalities with."

Papua New Guinea Red Cross is checking on relief stocks stored near the epicentre of today's 7.5M #earthquake and are ready to help, as in previous disasters like this one. #PNG pic.twitter.com/jRB0NP5eOE

A communication blackout in areas worst affected by a massive earthquake in PNG's Southern Highlands is severely hampering relief efforts.

The acting disaster co-ordinator for Hela Province Barclay Tenza said most major roads had also been cut off by landslips.

Mr Tenza said the main needs at the moment were shelter and clean drinking water.

"We cannot communicate all the powers are cut off. Reports are sketchy they are not coming in properly. Road network into Mendi has been cut off. The Highlands Highway has been cut off. And other feeder roads within the province also cut off."

Police said there had been no communication from the town of Tari about 30 kilometres from the quake's epicentre.

RNZ Pacific's correspondent in PNG said people he managed to speak to people near the quake's epicentre who were still in shock and remained fearful as powerful tremors continued.

A proliferation of landslides have cut off many parts of the quake-affected Highlands provinces in Papua New Guinea.

A policeman in Mendi, who wished to remain un-named said road access was cut of from Mendi to Tari, in neighbouring Hela province, as well as Kutubu, both areas where unconfirmed reports say earthquake damage has been significant.

"But some in some parts of the province not really recovered because of the problem of the people cant dig down to get the bodies out, recover the bodies. It is very difficult to, some of the landslides that covered the people does not have road access to," he said.

In the Western Province, mining infrastructure belonging to Ok Tedi had also been damaged.

Roads are cut off and pictures show massive landslides along roadsides and rivers. 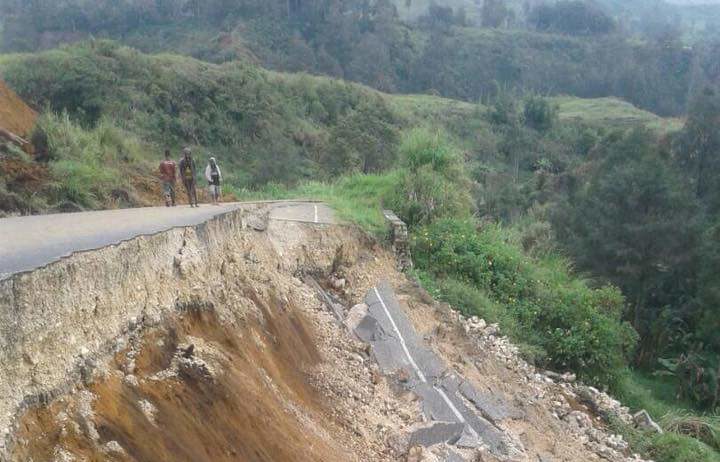