Refugees detained by Australia on Papua New Guinea's Manus Island have been advised more vetting for United States resettlement will begin at the end of the month. 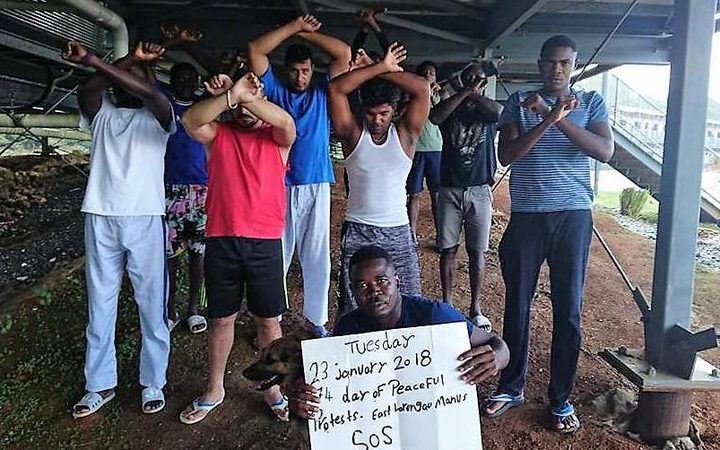 About 110 refugees from Manus and Nauru have been taken by the US so far, with another 130 from Nauru expected to go in the coming weeks.

The US agreed to take up to 1250 refugees from Australian offshore detention in November 2016.

A note telling the refugees about the upcoming vetting was posted online by the Kurdish journalist and Manus Island refugee Behrouz Boochani.

It said the selected men would be transported to Port Moresby to attend appointments and then returned to Manus Island.

Refugees from six Muslim-majority nations including Iran will not be considered due to a US travel ban on their residents.

Australian statistics from 2014 indicate the majority of Manus Island refugees are from Iran.

More recent statistics are difficult to source as the Australian government no longer considers it is detaining anyone on Manus.

This month, the United Nations refugee agency (UNHCR) estimated about 800 of the refugees remained in PNG.

It said unverified statistics from the PNG government indicated 539 were in three seperate facilities on Manus Island.

Hillside Haus was reported to contain 114 men not given refugee status, who are not being considered for US resettlement.

But the UN warned that "it would be misleading in this context to refer to these individuals as failed asylum-seekers or non-refugees."

"Asylum-seekers currently at Hillside Haus may not have been recognized as refugees for a variety of reasons, including due to mental health conditions, changes in their circumstances or those of their home country since 2013, or non-engagement with the Papua New Guinea refugee status determination process," it said.

"A review of negative decisions is needed to ensure that those with international protection needs are appropriately recognized as refugees and not returned to danger and persecution."