Fiji's High Commission to New Zealand is being urged to communicate to its government on behalf of workers involved in an industrial dispute at Nadi airport. 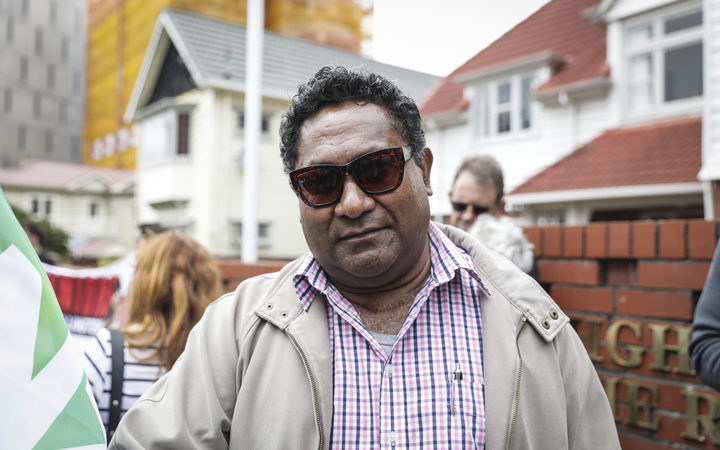 About 200 workers at the country's main international gateway remain locked out by their employer Air Terminal Services, known as ATS.

Workers are seeking several employment issues to be urgently addressed including sexual harrassment and an 11-year pay freeze.

On Friday, 50 people demonstrated outside the Fiji diplomatic mission in Wellington calling on High Commissioner Filimone Wagabaca to intervene on behalf of ATS workers.

A member of Wellington's Fiji community, Sai Lealea, said families are suffering and the High Commissioner should tell the government to get involved.

"If they care about the workers, care about people who have families to look after, they need to be much more proactive than they have been because that's been a hands off approach from them up 'til now and that's very disappointing," he said.

Workers involved in the dispute have been without income since they were locked out in mid-December.

A march by the workers and the Fiji Trade Unions Congress is scheduled for today in Fiji.