Police in Papua New Guinea's Enga province are today serving a court order on leaders of warring tribes to make them responsible for maintaining a new truce.

At least 20 people have died in election-related violence in Enga since vote counting for the troubled Kandep Open seat began last month. The fighting with high-powered weapons, which has continued since Kandep's seat was declared two weeks ago, has centred on Enga's capital, Wabag. 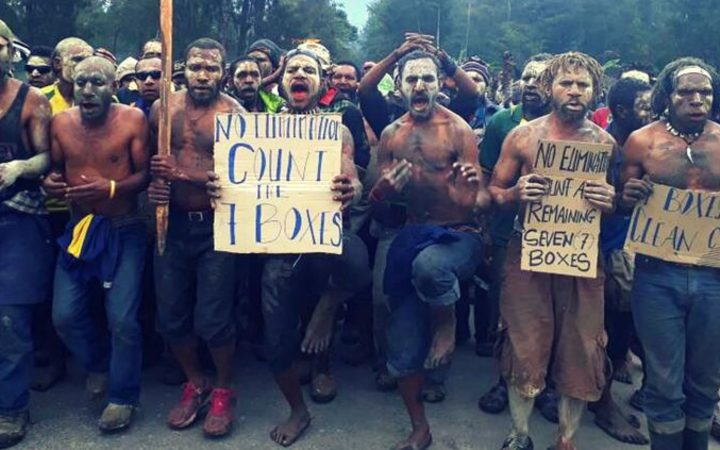 On Monday, Enga's police commander, George Kakas, led talks with leaders of the tribal factions involved in the fighting, following which they agreed to lay down arms. He says the names of the tribal leaders are listed in a preventative order issued by a local court.

"It's a court-sanctioned order we will serve on the leadership of the three tribes today," he explained.

"If there's any fighting, any problem at all related to this problem, we will round up all the leaders that have been named in the preventive order and have them arrested."

The fighting spiralled last month in a series of gunfire exchanges between supporters of the two main rival candidates for the Kandep seat, long-time incumbent Don Polye and Alfred Manase. The two rivals have squared off several times previously for the Kandep seat, with the spectre of violence between their supporters ever present.

"The fighting has always been between Don and Alfred. The Kandeps had always been peaceful until those two arrived on the scene," said the police chief.

"Maybe if these two go, we will have a different landscape altogether."

Buffer zone to be enforced

In the latest burst of violence, six people died between last Friday and Monday in fresh fighting involving supporters of Mr Polye.

These supporters, who Mr Kakas said were generally from Kambripi tribe in Kandep, came to Wabag last month for the vote count process. In Wabag they were accommodated by the Kii tribe. The Kii became involved in the latest fighting, against another local tribe, the Kala, who were the target of arson attacks earlier this month after Mr Manase was declared victor of the Kandep seat.

The Kala were targeted because one of their tribesmen is the provincial administrator who Don Polye's supporters blame for irregularities in the vote count. Mr Kakas said any irregularities issues were a matter for the court of disputed returns, and must not be used as an excuse for violence. 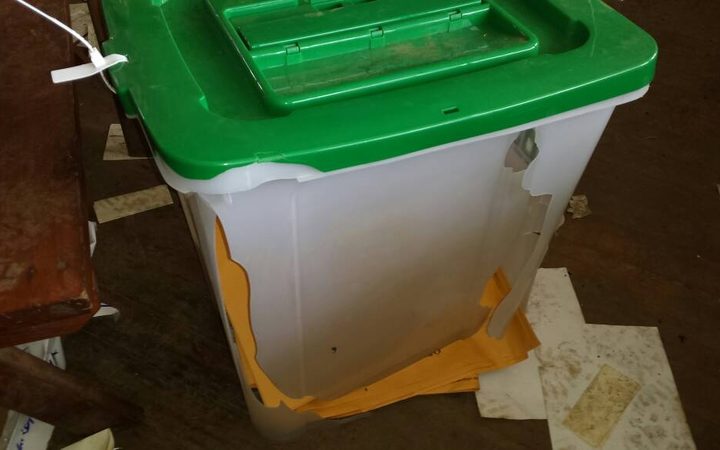 Alleged tampering with ballot boxes and papers are at the heart of fighting over the Kandep election Photo: Supplied

In the meantime, the police chief was hopeful that the truce would last, with the combined police and military forces in the area having established a physical buffer between the tribes.

"There's a no-mans land between the two tribes, it's a clear playing field," said Mr Kakas.

"The police and the defence force will be in the middle. They'll be... a hundred or a hundred and fifty metres apart. And we'll be going back and forth, issuing the orders on them."