The New Zealand defence minister and his Indonesian counterpart have signalled stronger defence ties between the two countries. 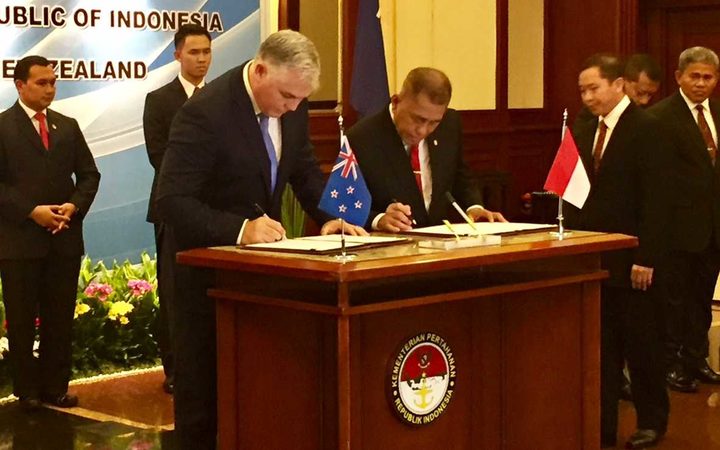 The ministers signed a Joint Statement on Defence Relations on Wednesday at a meeting in Jakarta.

The statement identifies a range of areas to further strengthen the defence partnership between New Zealand and Indonesia.

The joint statement issued by both governments following the meeting made no mention of instability in Indonesia's region of Papua, known widely as West Papua.

New Zealand-based Papua advocacy groups, and around a dozen MPs, have been urging the government to push Jakarta to do more about holding security forces in the region to account for reported human rights abuses.

A separatist conflict has simmered in Papua since its controversial incorporation into Indonesa in the 1960s.