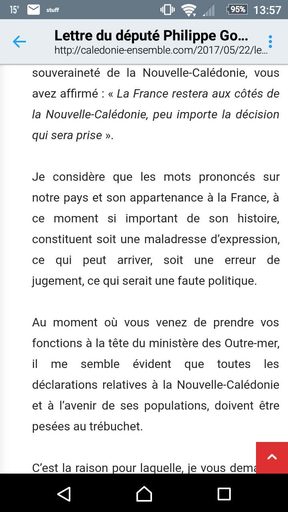 Ms Girardin said France would stand by New Caledonia irrespective of its choice.

Pierre Frogier, who is a member of the French Senate, accused her of being a coward, saying she could do better than repeat what her advisors tell her.

He also alleges that the Macron administration wants to get rid of New Caledonia.

Another leading New Caledonian politician Philippe Gomes said at a time when the territory belongs to France, her words are either poorly chosen or a sign of poor judgement.

Under the Noumea Accord, a plebiscite is to be held by November next year, with Ms Girardin restating the French government stance that it will organise it should the New Caledonian Congress fail to do so.

An opinion poll this month showed a majority of those questioned and eligible to vote are against independence.