Alerts have been lifted and many schools have reopened in New Caledonia as Cyclone Donna passed the Loyalty Islands further east than forecast.

The storm caused damage on Lifou, ripping off roofs and uprooting trees. 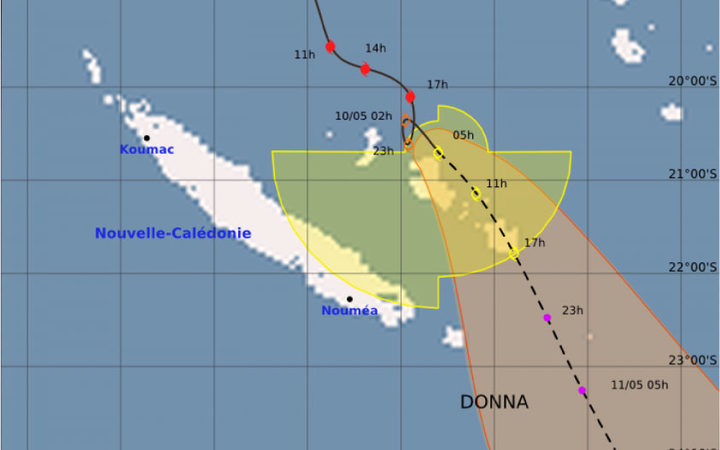 Power is being restored after the island's network was turned off for the worst of the storm.

The phone network has also been disturbed, with landlines down because of power cuts.

Late this morning, 18 mobile phone transmitters were still out of action in areas close to the cyclone's path.

Domestic flights have resumed, with 20 scheduled flights planned for the rest of the day.

Cyclone Donna is now a category one system and weakening while moving away.